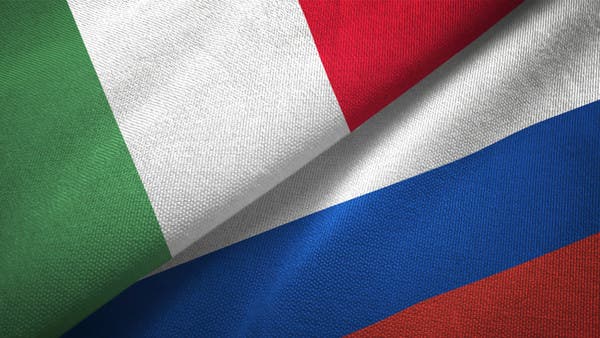 The Secretary-General of the Ministry of Foreign Affairs expressed “the categorical rejection of the accusations of immorality by some representatives of Italian institutions and media in recent statements issued by the Russian Foreign Ministry, as well as allusions regarding the alleged involvement of the media in our country in an anti-Russian campaign,” according to the Italian news agency AKI, on Monday. .

The Italian official also renewed Rome’s condemnation of the Russian military operation on Ukraine, expressing “the Italian government’s hope that a negotiated solution to the conflict can be reached in the near future on a just basis and in accordance with Ukrainian sovereignty and the principles of international law.”

In parallel, earlier today, Sputnik quoted the Russian ambassador to Rome, Sergey Razov, as saying that the statements of Italian officials about Russia and its leadership were “unacceptable.”

In a related context, the Nova Agency reported that Foreign Minister Luigi Di Maio warned in press statements that the Russian bombing of Donbass could cause “serious effects” on grain exports and the food emergency “threatens to provoke new wars thousands of kilometers away” from Ukraine because of Ban Russian military ships for exports from Ukrainian ports.

He also added that Italy is working on an initiative that includes all Mediterranean countries, their partners and UN agencies. “This week we will hold an important event for dialogue between all Mediterranean countries to find a solution that avoids, for example, the occurrence of a food crisis that is likely to lead to greater flows of migrants to Italy,” he added.

The war will affect Italy

He stressed that “the war in Ukraine causes effects not only in the area where the conflict is taking place, but also thousands of kilometers away, which will affect Europe and, first of all, Italy.”

It is noteworthy that Italy proposed to the United Nations last month the formation of an “international facilitation group” to try to reach a “step-by-step” ceasefire on Ukrainian territory, but Lavrov described it as bad and not serious.