Ronaldinho: Playing in front of the Burj Khalifa is a wonderful experience in “dazzling Dubai” .. Video 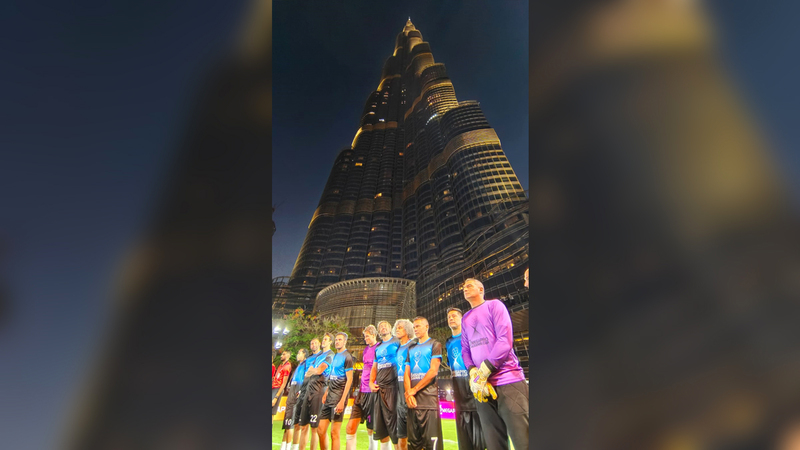 Brazilian star Ronaldinho confirmed that playing an exhibition football match in front of the Burj Khalifa is a wonderful experience in the city of Dubai, which he described as “impressive”.

Ronaldinho said, in a press conference before the Legends Cup match, which ended with his team’s victory over Portuguese star Luis Figo, 18-16, that he played in front of all the stars participating in the exhibition match, with the exception of the famous Colombian star Carlos Valderrama, one of the most prominent players in the history of the Colombian national team during Participation in the World Cup Italy 1990.

He added, “Dubai is one of the cities closest to my heart. Happy to be here again. It is wonderful to play again with this group of players, especially in the city of Dubai, which is impressive in everything and in front of the tallest tower in the world .. an unforgettable experience.”

For his part, Portuguese star Luis Figo said: “I have visited Dubai many times, and I consider it my home, and I always watch the great development in it and in the country in general.”

He continued, “I came here for the first time in 2001, and the Burj Khalifa was not built at that time, while it is a wonderful thing to organize an exhibition match in front of the arena of the tallest tower in the world, as well as to meet with the legends of world football.”

The exhibition match, organized by Omega Pro, in cooperation with the Dubai Sports Council and the Department of Tourism and Commerce Marketing, witnessed the participation of a number of former stars, most notably the Brazilians Kaka and Ronaldinho, the Spaniard Iker Casillas, the Italian Marco Materazzi, along with England and Chelsea defender John Terry, and the Portuguese Luis Figo, The Dutch, Wesley Schneider and Patrick Kluivert, the German Jens Lehmann, the Saudi Sami Al Jaber, the French Yuri Gorkayev and Michael Silvestre, the Cameroonian Samuel Eto’o, the Nigerian JJ Okocha, the Colombian Carlos Valderrama, and the Argentine Javier Saviola.

The match was watched by a large number of spectators who came to watch the stars and take souvenir photos. A large audience came specially to witness the legends, and to take memorial photos.

to watch the video, Please click on this link.