Ronaldo and Georgina reveal the name of their daughter .. The occasion coincides with a severe defeat for Man United 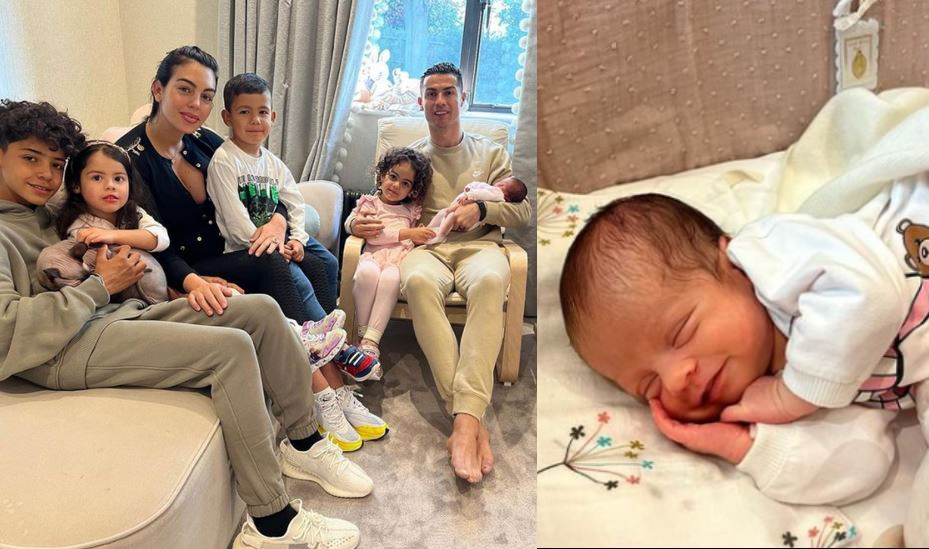 Man United star Cristiano Ronaldo and Georgina announced the name of their daughter, who was born a short time ago, and they posted pictures of her and video clips on social media. The newspaper “The Sun” reported that Ronaldo’s daughter is called “Esmeralda”, while her twin brother did not see the light, as he died after a complicated birth on April 18.

Congratulations poured in on Ronaldo and Georgina, while the announcement of the name and the publication of the pictures did not coincide with a special moment for Ronaldo, as hours later, he and his colleagues in Man United suffered a harsh 4-0 loss against the modest Brighton team in the English Premier League yesterday, to officially confirm the absence of Man United from a qualified position. To the champions next season, and his participation in the “European League” is in great doubt, while Ronaldo is very close to leaving the team at the end of the current season.