Ronaldo and Sancho lead United to the Round of 16 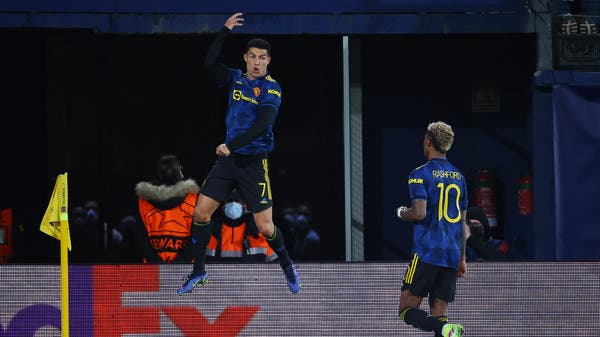 Manchester United qualified for the round of sixteen of the European Champions League, after beating its Spanish host, Villarreal 2-0, today, Tuesday, in the fifth round of Group F of the competition.

Manchester United overcame its Spanish host to raise its score to ten points at the top of the group, and ensured its qualification to the next round with its superiority in direct confrontations against Villarreal back and forth.

Villarreal’s balance froze at seven points in second place, awaiting the other match in the same round, which combines the Swiss team Young Boys (fourth and last, with three points) and its guest Atalanta (third place with five points).

Cristiano Ronaldo scored the first goal for Manchester United in the 78th minute, before Jadon Sancho added the second goal in the 90th minute.