Ronaldo: I am eager to experience a new league.. Seeing victory is very inspiring 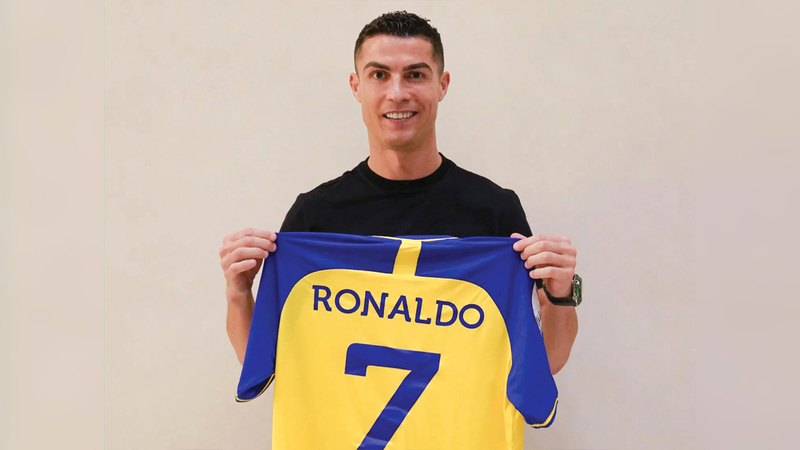 Portuguese star Cristiano Ronaldo revealed his enthusiasm for a new experience in the Saudi League, after signing a contract with Al-Nasr, which extends until 2025.

Ronaldo, 37, said to Al-Nasr Club on Twitter: “I am eager to experience a new football league in a different country. ».

Al-Nassr officially announced the inclusion of Cristiano Ronaldo, who terminated his contract by mutual consent a few weeks ago with Manchester United. And the club added, through its Twitter account: “The club’s chairman, Mosli Al Muammar, just signed a contract with soccer star Cristiano Ronaldo, and the contract will extend until 2025,” accompanied by a picture of Ronaldo holding the club’s number 7 shirt.

He continued, “The contract signing ceremony took place in the Spanish capital, Madrid,” without disclosing the financial value of the deal.

For his part, Al Muammar said: “This deal is more than just writing a new historical chapter. This player is a great example for all athletes and youths around the world. With him in Al-Nasr, we will move forward towards achieving more successes for the club, Saudi sports, and for future generations.”

Prince Abdulaziz bin Turki Al-Faisal, Minister of Sports and Chairman of the Saudi Olympic Committee, praised the deal. He said on his Twitter account: “I am happy to have one of the best players in the world to start his new career in Saudi Arabia. Welcome to the Kingdom, Cristiano. We will support the rest of our clubs to conclude qualitative deals with international stars soon.”