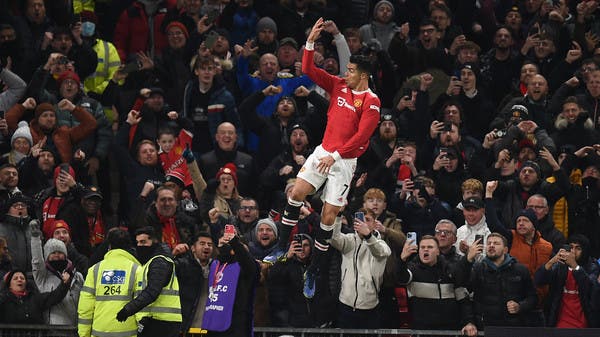 In a match whose result remained suspended until the last moments, Manchester United regained the tone of the victories that were absent from it in the last three stages of the English Premier League, after achieving an exciting 3-2 victory over its guest Arsenal, on Thursday evening in the fourteenth stage of the competition.

The balance of Manchester United, which won its second victory in its last nine meetings in the competition, rose to 21 points, advancing to seventh place after it was in the tenth place, while Arsenal, who won its fifth loss in the championship this season and the second in its last three games, stopped at 23 Point to remain in fifth place.

Arsenal scored a controversial goal for young player Emile Smith Roy in the 13th minute, but Bruno Fernandes equalized for Manchester United in the 44th minute.

Portuguese star Cristiano Ronaldo added the second goal for United in the 52nd minute, but Arsenal quickly equalized through Norwegian Martin Odegaard in the 55th minute.

Ronaldo gave United the three points, after scoring the winning goal for the hosts in the 70th minute from a penalty kick, to raise his scoring tally in the tournament this season to 6 goals, 7 goals behind the Egyptian Mohamed Salah, Liverpool’s top scorer, who is still at the top of the top scorer in the prestigious competition in current season.