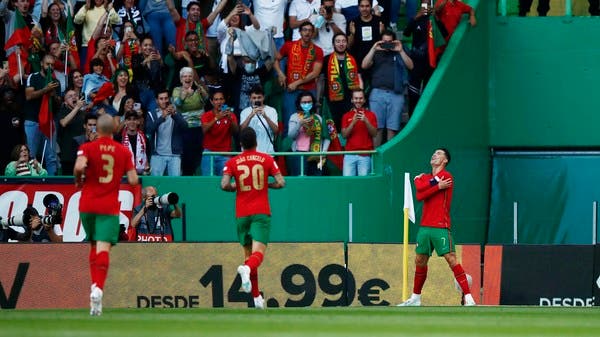 Cristiano Ronaldo scored two goals to lead the Portuguese team to a 4-0 victory over the Swiss guest during the match that brought them together on Sunday in the second round of Group B competition in the first level of the European Nations League, which also saw the Czech team draw with its Spanish counterpart 2-2.