Ronaldo: My mission in Europe is over.. I gave my word for victory 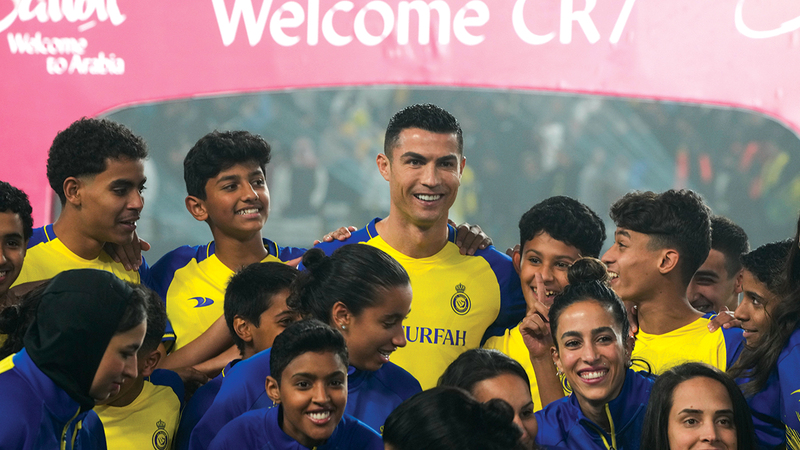 Portuguese Cristiano Ronaldo said yesterday that he is a “unique” player for his move to Saudi Arabia, indicating that he is thirsty for more success after joining Al-Nasr club in a deal estimated at more than 200 million euros.

Ronaldo said during his presentation at a press conference held at the Marsool Park stadium in Riyadh, “I am a unique player of my kind. It’s good to come here (Saudi Arabia). I broke all the records there (Europe) and I would like to break a few records here.

Ronaldo, who achieved an amazing career with Real Madrid, Manchester United, and Juventus, revealed that he had rejected a number of offers from Europe and elsewhere to join Al-Nassr.

And the 37-year-old added, “My mission in Europe is over. I received many offers from Europe, many from Brazil, Australia, the United States, and even Portugal.”

The player, who was crowned with the Golden Ball five times, added, “Many clubs tried to sign me, but I gave my word to this club, not only for the opportunity to play football, but (to be) part of this wonderful country. For me, that was a challenge.”

• “I came here to win… to play… to be part of the country’s successes and culture.”