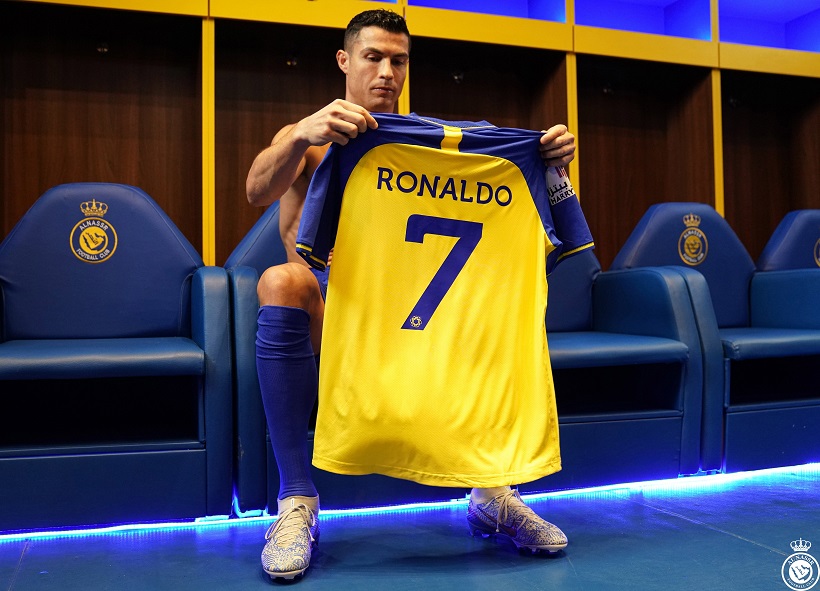 Saudi press reports said today, Wednesday, that Portuguese star Cristiano Ronaldo will participate in the Al-Nasr match tomorrow, Thursday, against Al-Ta’i at the Marsool Park stadium in Riyadh, in the Saudi Football League.

Al-Nasr Club enters the match, which includes international star Cristiano Ronaldo, after he played his first training session with the slogan of his new team, after the end of his presentation ceremony at the Marsool Park stadium in Riyadh, according to the newspaper “Ajel Sport”, the captain of the Portuguese national team may participate in the match.

Last Saturday, Al-Nasr signed a contract with the Portuguese star, with a contract that extends for two and a half seasons, after he had terminated his contract with his former team, Manchester United, before the World Cup in Qatar.

Legend Cristiano Ronaldo announced, during his speech at the presentation ceremony, his physical readiness for the upcoming victory matches.

Al-Nasr leads the Saudi League standings with 26 points, one point behind Al-Shabab, who finished in second place, while Al-Ittihad comes in third place with 24 points.