SportsRonaldo raises the stock market by a huge amount .. “The index...
Sports

Ronaldo raises the stock market by a huge amount .. “The index is green” 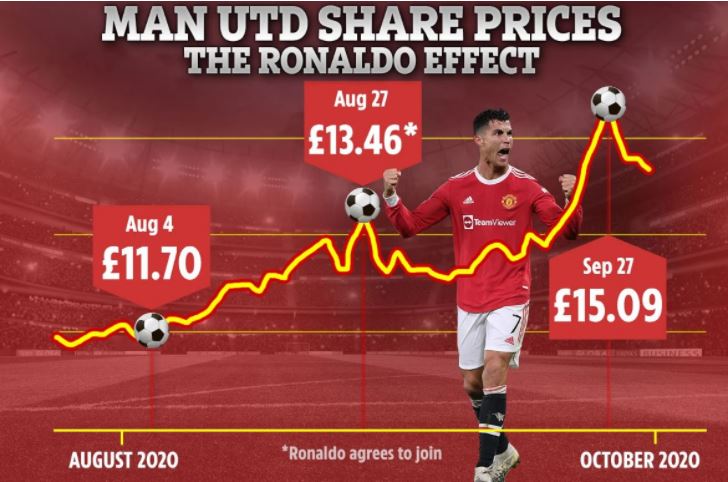 Portuguese star Cristiano Ronaldo enjoys a sweeping mass appeal in which the clubs that contracted with him have invested since the beginning of his professional career until he reached the age of 36, who became just a number in front of his goals machine and continued his decisive influence in the stadiums, and even exceeded it to pump millions into the treasury of his club Manchester United, whose shares rose in the stock market English thanks to the “green pointer.. Ronaldo”.

Ronaldo had set a historical record in the sales of players’ shirts, as his shirt (No. 7) in the Manchester United colors, sales of more than 200 million euros in just 8 days after it began to be sold in official stores, and the cost of one shirt for Ronaldo ranged between 80 pounds to 110 pounds. £150, according to the Daily Mail.