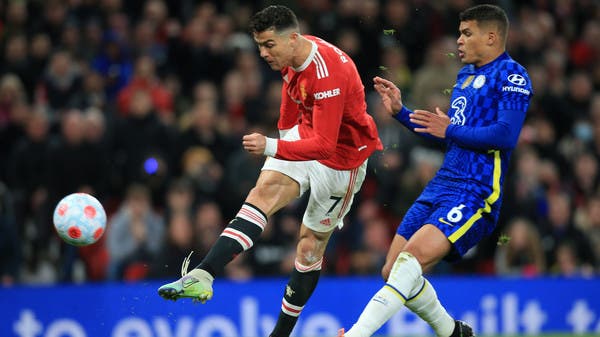 Manchester United continued to move away from the top four positions in the English Premier League table, which qualifies for the Champions League next season, after its 1-1 draw with its guest Chelsea, on Thursday, in a match presented from the thirty-seventh stage of the prestigious competition.

Manchester United, who won only one victory in their last six matches in the competition, remained in sixth place with 55 points after playing 35 games, 5 points behind Arsenal, the fourth-placed player, who played only 33 matches.

On the other hand, Chelsea’s tally increased by 66 points, but remained in third place in the championship standings.

This has become Ronaldo’s 17th goal in the Premier League this season, to share the second place in the list of top scorers in the continental competition this season with South Korean Heung-Min Son, the star of the Tottenham Hotspur team, 5 goals behind the Egyptian international winger Mohamed Salah, Liverpool player ( leaderboard).