Ronaldo shock.. The first season without the Champions League is approaching 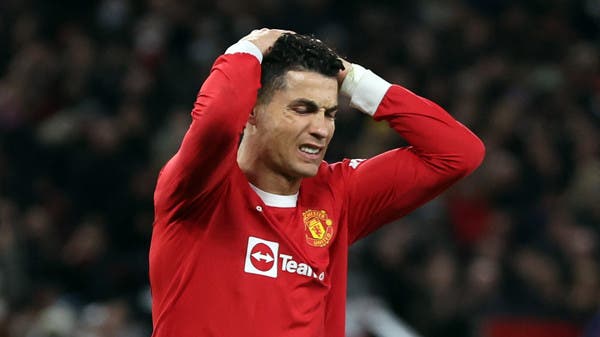 Despite his good scoring rate with Manchester United, Cristiano Ronaldo faces a major risk in his career with the possibility of playing for the first season in his history without the Champions League.

Concern is growing about the future of the “Don” at Old Trafford, although he has scored 17 goals in 28 Premier League games this season, and is in fact the second top scorer in the league after Liverpool’s Mohamed Salah.

And German coach Ralf Rangnick admitted that United’s qualification for the Champions League next season “is not in our hands”, as the coach is 5 points behind his fourth-placed counterpart Arteta, with two games more than Arsenal, and said about Ronaldo’s future with the team: We need to know his position. From staying at the club, the final decision is not mine, but his decision with his new coach, Eric ten Hag.

Since his first participation with the first team of Sporting Lisbon in the 2002-03 season, Ronaldo has played in the Champions League during all seasons of his career since then until now. He appeared for the first time in Europe with his Portuguese club against Inter Milan in the Champions League qualifiers at the age of 17 years and 6 months, In the following season, at the age of 18 years and 7 months, he participated for the first time in the group stage with Sir Alex Ferguson’s battalion in a 2-1 loss to Stuttgart.