Ronaldo talks about the difficulty of the road to the World Cup .. and threatens Italy 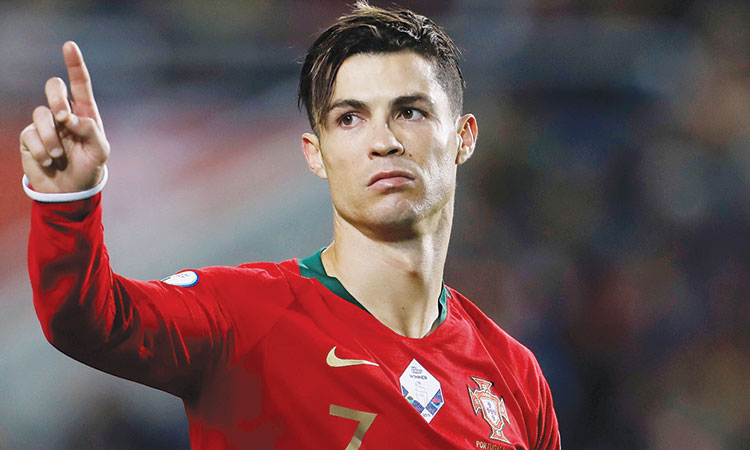 Portugal and Manchester United star Cristiano Ronaldo admitted in a television interview that his country will face “difficult battles” in its quest to qualify for the World Cup for the sixth time in a row. Portugal, the 2016 European champions, face Turkey in the semi-finals of the playoffs in March, before the possible final against Italy, the European Cup 2020 champion, which will prevent one of the two teams from qualifying for the 2022 World Cup in Qatar.

“It will be very sad if we do not reach our goal, which is the World Cup,” the five-time Ballon d’Or winner told ESPN in Brazil. CR7 has not missed any major international tournament since his first appearance in the national team shirt in 2003. He also participated in four World Cup finals in addition to the European Cup final five times, and reached the final of the continental championship in 2004 and ended with the loss of host Portugal against Greece Zero-1.

The former Real Madrid and Juventus player added, “In football and in life, we go through difficult moments, but what matters is the ability to rise.” “We know we will have tough battles, first against Turkey. And if we win, I think it (the decisive match for qualification) will be against Italy. We’ll see what happens. He promised the Italians that Portugal will be at the peak of its preparation in March, and said: “It will be a battle, and it will be great.” For football fans.

Portugal will host Turkey on March 24, while Italy will host North Macedonia, with the final to be held five days later. And none of the last two European champions, at least, will qualify for the World Cup in Qatar, which will be held from November 21 to December 18.

And Ronaldo, who is experiencing a mixed return to “Old Trafford” this season, added, “This is life, there are no ideal scenarios. We have to face things as they are.”

While his personal numbers indicate his continuous brilliance within the green rectangle despite reaching the age of 36, where he scored 14 goals in 21 games in various competitions this season, the “Red Devils” team occupies a disappointing seventh place for its fans in the Premier League. Despite reaching the round of 16 of the Champions League and the fourth round of the FA Cup.