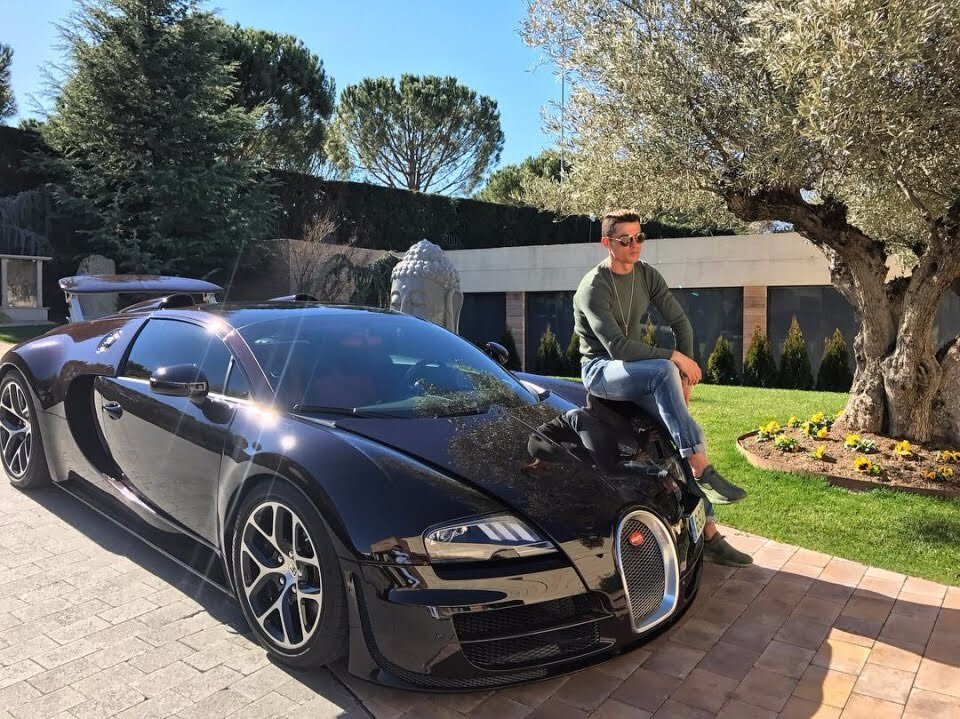 The car of Portuguese star Cristiano Ronaldo, Manchester United star, was involved in a traffic accident during his summer vacation in Mallorca, at a time when the Spanish police investigated the incident, and it turned out that the “Don” was not inside it, as it was being driven by one of his employees, according to the newspaper “Sun”. British.

The newspaper said: “The driver of the car (not Ronaldo) lost control of the car and slid into a wall in the Bunyola area, in Palma de Mallorca,” adding that “the front of the Bugatti car was smashed, as investigators tried to ascertain whether there was another vehicle involved in the accident.” This incident or not.

And she explained, “The car crashed into the door of a country house and was completely destroyed near the Joan March Hospital, and Cristiano Ronaldo was not on the bus.”

The accident resulted in the exposure of Ronaldo’s car “Bugatti Veyron”, which costs 1.7 million pounds (6.7 million dirhams), which is the third most expensive car for the Portuguese star after the Bugatti Sentodeci (8.5 million pounds) and Bugatti Chiron (2.15 million pounds).