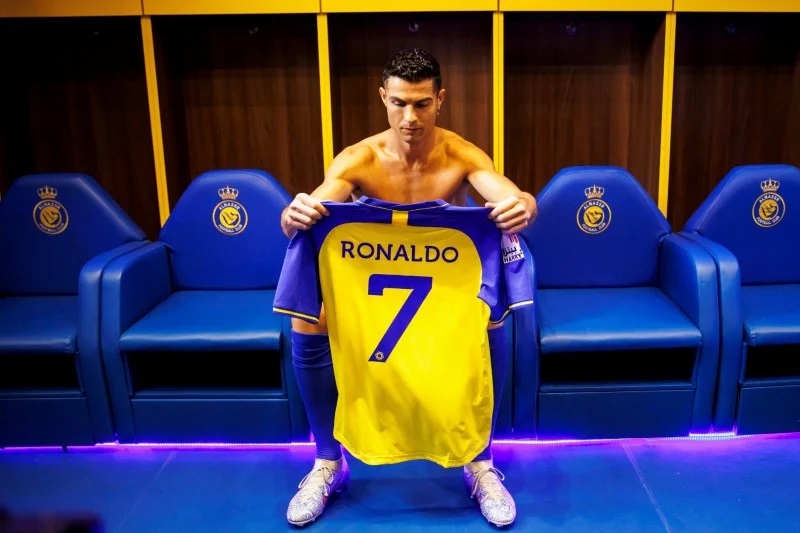 Al-Nasr Saudi Football Club announced that Cristiano Ronaldo’s contract with the team does not include any obligation to promote the 2030 World Cup hosting file.
The Portuguese striker joined the Saudi Al-Nasr team on December 30, after his departure from Manchester United, where he signed a contract for two and a half seasons, and it was reported that the player would receive 200 million euros ($ 215 million) per season.

Reports indicated that the agreement includes an additional reward for serving as an ambassador for the Saudi bid to host the World Cup, as the Middle East aims to host another tournament after the Qatar 2022 World Cup.

Al-Nasr strongly denied allegations that Ronaldo was offered an additional reward to secure the organization of the World Cup, as Spain, Ukraine and his country Portugal, among others, will submit joint files to host the tournament.

And Al-Nasr stated in a statement: “Al-Nasr Club would like to clarify that, contrary to news reports, Cristiano Ronaldo’s contract with Al-Nasr does not contain any obligations related to the file to host the World Cup.”

He added, “His main focus is on victory and working with his colleagues to help the team achieve success.”

So far, Ronaldo has not participated in any match with Al-Nasr, after he missed the match against Al-Tai that was held last Friday, as the player is serving the two-match ban imposed on him by the English Football Association.