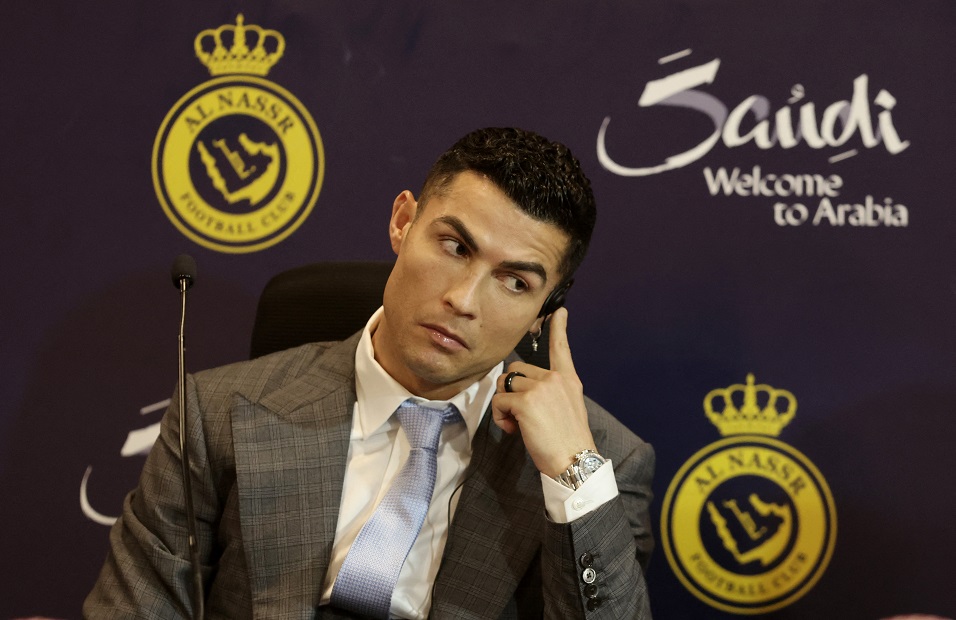 Portuguese star Cristiano Ronaldo said he was proud of his decision to move to the Saudi club Al-Nasr after the great welcome he received during the legendary ceremony to present him as a player for Al-Alamy, indicating that his family supported him in making his decision to play in Asia after a long period he spent in European stadiums.

Ronaldo added in a press conference during his introduction to the Saudi and Nasrallah fans at the “Marsol Park” stadium today, Tuesday: “I am proud of making this important decision in my life … a new challenge that I am taking on in Asia after I played in the largest international clubs.”

And he continued: “Grateful to Al-Nasr Club for giving me the opportunity to play with them, in addition to influencing and playing a positive role on the sports community.. I took support from my family with this decision, although I received many offers to play in Europe, Portugal, Australia and America, but I gave my word to victory.”

He concluded: “I do not care what the European public says.. This is my decision and I wish success, and I am ready to play the day after tomorrow with victory.”