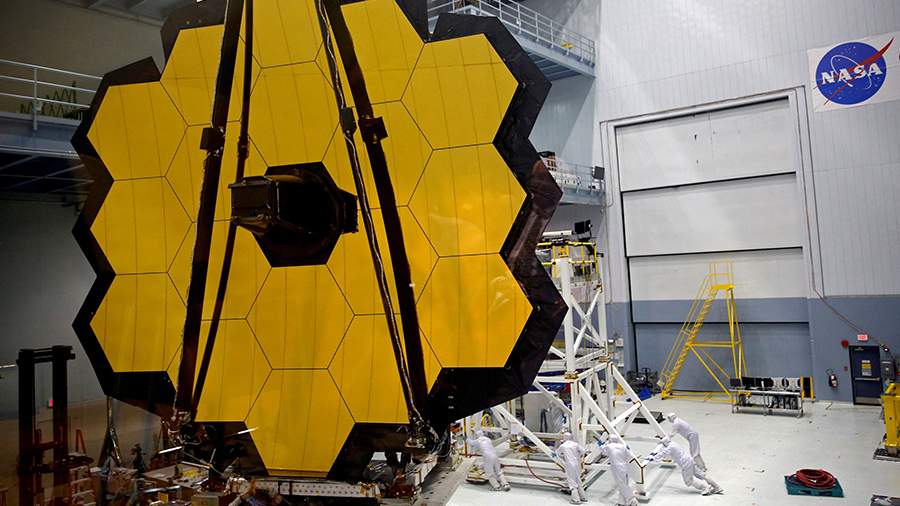 The head of the press service of Roscosmos Dmitry Strugovets congratulated on Saturday, December 25, on the successful launch of the newest space telescope “James Webb”

“Congratulations to everyone on the successful launch of the long-term space construction – the James Webb telescope. Apparently, 2021 was a breakthrough year for many projects that could not be launched in recent years, ”Strugovets wrote on Facebook.

In addition, he expressed the hope that the telescope will successfully reach the L2 Langrange point, where it will be met by the Russian Astrophysical Space Observatory Spektr-RG.

Earlier on Saturday, US President Joe Biden congratulated NASA on the successful launch of the James Webb telescope into orbit.

The Ariane 5 launch vehicle was launched from the Kourou Cosmodrome in French Guiana with the latest James Webb space telescope on December 25. The launch was planned for December 18, but was postponed several times.

Over the course of four weeks, the telescope will move to its destination at the second Lagrange point, which is four times farther from the Earth than the Moon, at a distance of 1.5 million km on the opposite side of the Sun.

James Webb is a joint project of the United States National Aeronautics and Space Administration (NASA), ESA and the Canadian Space Agency (CSA). The telescope will study the oldest stars and galaxies that formed after the Big Bang and search for potentially habitable planets. Estimated service life – 10 years.

The SMM edition of Izvestia MIC has prepared a unique special project in honor of the Year of Science 2021: Science and Technology. What is being invented in Russia ”. It tells about the most interesting, large, promising projects that can change the lives of people and society as a whole.