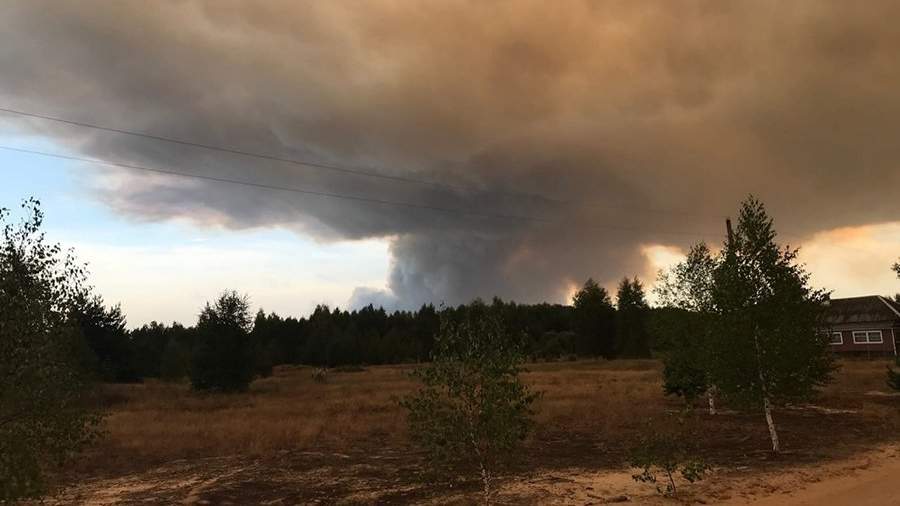 Smoke in the south and southeast of Moscow came from the territory of a localized fire in the Ryazan region. This was announced on Wednesday, August 17, by the press service of the Federal Forestry Agency (Rosleskhoz) in the Telegram channel.

“There is light smoke in the south and southeast of Moscow. It came from a localized fire on lands of other categories in the Ryazan region, ”RT reports the press service.

The Ministry of Emergency Situations reported that no fires were detected on the territory of Moscow, which could cause an unpleasant smell,

As noted by the city news agency “Moskva”, earlier it became known about the smell of burning and a slight smog in some areas of the capital. According to Moscow 24, the smell has been felt since the morning in the Krylatskoye area, not far from Borovskoye highway, in Zyuzin and Mozhaisk. At the same time, in Solntsevo, it becomes perceptible at the moments when the wind rises. Also, the smell of burning is felt in the southeast.

The hydrometeorological center of Russia extended the orange level of weather danger in the capital due to hot weather. The warning period will last until 18:00 on 17 August. In the daytime, strong heat is expected in some places – + 30-32 degrees.

Rosleskhoz recalled that due to the high class of fire danger in the east of the Moscow Region, the stay of residents in the forests is limited. The restriction is valid until August 21, the 360 ​​TV channel clarifies.

On August 16, Life.ru wrote that over 50 people were injured due to a devastating fire in the Rostov region. In connection with the incident, 139 people were evacuated, now they are in temporary accommodation centers. The forest near the village of Verkhnekundryuchenskaya broke out on August 15, reminds the site aif.ru. Due to strong winds with gusts of up to 30 m/s, the flames approached the settlement.

Fighter Nicholson called himself a unique opponent for Vagabov

Valery Revello was disappointed in Sergio Peña during their romance: “The world was falling on me”