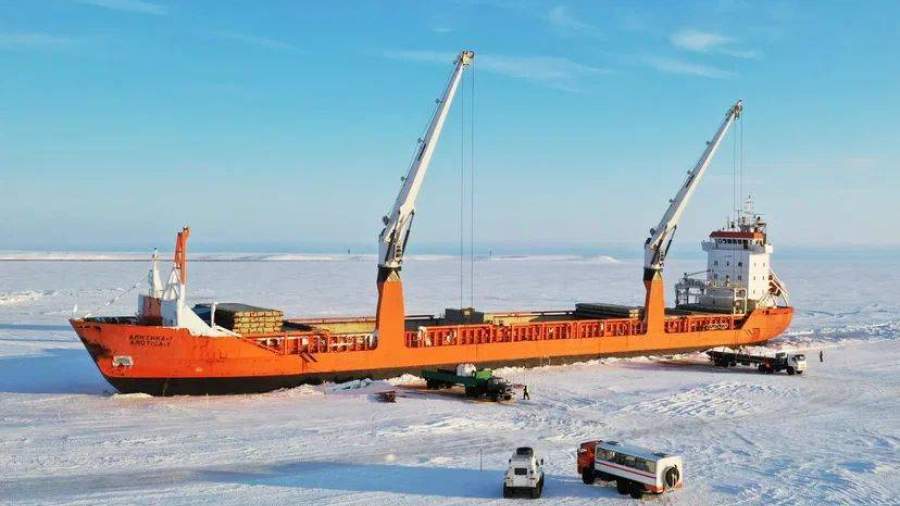 Rosneft has started delivering cargoes required for the construction of facilities for its flagship Vostok Oil project along the Northern Sea Route (NSR). This was announced on Tuesday, December 28, on the website of the oil company.

Thus, hundreds of thousands of tons of cargo and materials are planned to be delivered to the port of Dudinka to the production bases “Tochino”, “Karaul” and “Tanalau” on the Yenisei River. The port has already begun unloading the first sea vessel with specialized equipment and cargo intended for the construction of the new Suzun-Payakha oil pipeline.

It is noted that goods for Vostok Oil are delivered not only along the NSR, but also along winter roads. To this end, Rosneft has built about 1.5 thousand km of winter roads and ice crossings.

“Winter roads and an ice crossing across the Yenisei River in the city of Igarka fulfill an important social function for local residents and the indigenous population of the tundra. The roads built by oil workers are used to supply remote areas with food and other essential goods, ”the press service of Rosneft said.

Vostok Oil is Rosneft’s flagship project and includes 52 license areas, within which 13 oil and gas fields are located. It is expected that by 2030 oil production there will be about 100 million tons.

On December 10, the largest American investment bank JPMorgan included Rosneft in the list of the most preferred companies for investment in the world in 2022. Analysts noted the high attractiveness of the Vostok Oil project: low unit costs of production, as well as a low carbon footprint, which is 75% lower than that of other major new oil projects in the world, make it one of the most promising production projects.