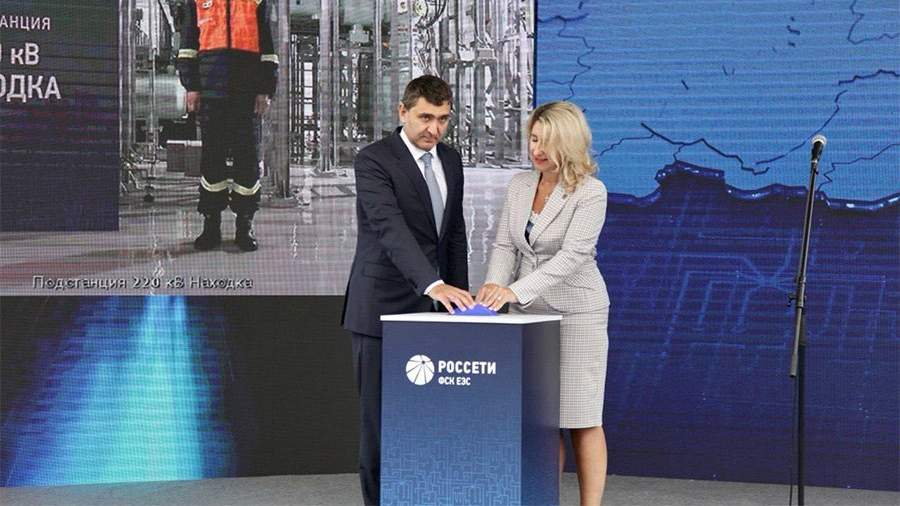 A new 220 kV Nakhodka substation, which the Rosseti Group built as part of the Comprehensive Plan for the Modernization and Expansion of the Backbone Infrastructure, began operating in Primorye. The launch ceremony took place on the sidelines of the Eastern Economic Forum, the company’s press service reports.

According to Andrei Ryumin, General Director of Rosseti, the commissioning of the Nakhodka substation made it possible to “improve the reliability of power supply to the third largest city in the region, created conditions for the development of the port zone, the opening of new enterprises and jobs.”

The substation is equipped with autotransformers with a total capacity of 126 MVA (megavoltamperes), complete switchgears with SF6 insulation of 110 kV and 220 kV. “The equipment is structurally placed in closed chambers, which is especially important in an aggressive maritime climate. High-tech automation and control systems, microprocessor protection, digital communication and electricity metering systems have been introduced,” the company noted.

Elena Parkhomenko, Deputy Chairman of the Government of the Primorsky Territory, believes that the Nakhodka substation will become “a driver for the development of the region’s port infrastructure, the Nakhodka Mineral Fertilizer Plant, and other industries in the region.” In her opinion, “the economy of not only Primorye, but the whole of Russia will develop thanks to such capacities.”

As part of the national project, the company also built more than 37 km of cable-overhead power transmission lines, upgraded the switchgears of the 500 kV Lozovaya and 220 kV Shirokaya substations to connect new transmission lines and integrate a new power center into the power system of Primorsky Krai.

The 7th Eastern Economic Forum is taking place on September 5–8 in Vladivostok. Representatives of 40 countries confirmed their participation in the event. The WEF will raise topics such as the development of the Far East, global and regional economies, and international cooperation.