No Result
View All Result
Latest News
Water supply in Yalta restored by 85% 21/06/2021
Great yoga show in New York Times Square: 3000 people attend 21/06/2021
Character artist fuss showing secret mole .. Netizens who look like her and get excited! 21/06/2021
Moscow authorities have announced the start date of the study of “Sputnik V” for adolescents 21/06/2021
A pump in Kerala that gives three liters of petrol for free even when petrol prices go up! 21/06/2021
Next
Prev
Home Featured 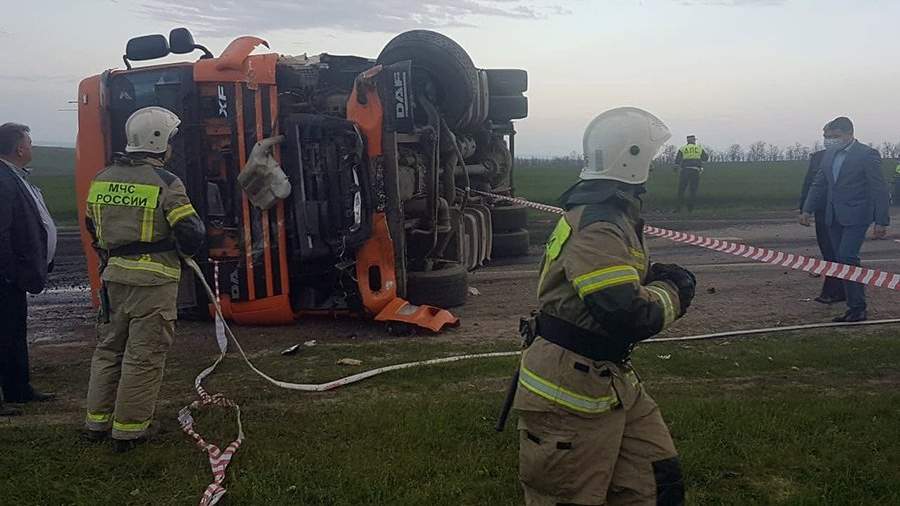 
The Federal Service for Supervision in the Sphere of Transport will conduct an inspection in connection with the accident in the Stavropol Territory, where children died. This is stated on April 30 on the Rostransnadzor website.

According to preliminary information, at 4.40 pm on the 535th kilometer of the Astrakhan – Elista – Stavropol highway, three cars collided, including a truck and a bus that was carrying children to the competition from Volgograd to Cherkessk.

“Road conditions at the time of the accident: daylight hours, dry asphalt, road signs according to the location. Rostransnadzor will conduct an inspection in connection with the accident in the Stavropol Territory, ”the report of Rostransnadzor says.

The service also reported that the head of the territorial department of Rostransnadzor in the North Caucasus Federal District Dmitry Kravtsov is at the scene of the accident, and the head of the central office of the State Avtodornadzor, Alexey Sergeev, has left for Volgograd, who, together with the territorial department, will inspect the carrier that owns the bus.

The accident happened on April 30 in the area of ​​the village of Yamka. The regional Ministry of Internal Affairs said that as a result of an accident, five minors were killed. The department clarified that there were 17 people in the minibus, including 14 children. The deaths of six children were initially reported.

According to the press service of the Volgograd region administration, the bus that got into the accident was carrying the pupils of the Volgograd sports school of the Olympic reserve No. 2. We are talking about basketball players born in 2006-2008.

The Ministry of Health of the Stavropol Territory said that doctors are currently fighting for the lives of nine children. Two affected teenagers are in serious condition. The condition of four more minors is assessed by doctors as moderate.

The preliminary cause of the accident in the traffic police of Russia was called a violation of traffic rules by a passenger car.

On the fact of the incident, a criminal case was initiated, the prosecutor’s office organized an inspection, its progress and the investigation of the case are under the personal control of the prosecutor of the Stavropol Territory.

ISIS bride reappears: I was stupid… and I loved Kanye West’s songs

In this way, you can operate WhatsApp on more than one number

I will give priority to basic amenities

Al-Ahly extinguishes the “volcano” … and declares it: “I am super Africa”

Jason Day to Pedro Castillo: “I wish him to rule with good sense and sensitivity”