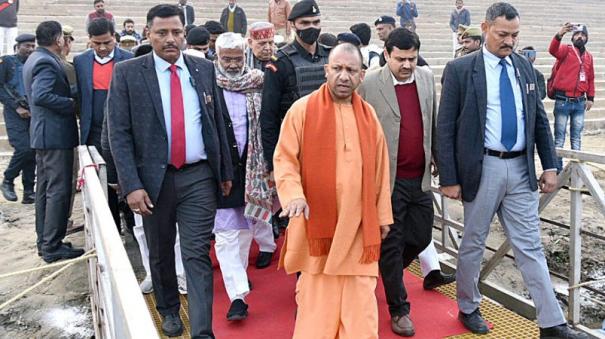 New Delhi: Attempts are being made to make UP more than a Bollywood city. For this, the Chief Minister Yogi Adityanath government had announced a new film policy. Already, a Rs 10,000 crore film city is being prepared in Noida near Delhi. It is designed so that the entrants complete 80 percent of their tasks. In that way, UP will promote the OTT industry which is now becoming popular. The government has come up with a new scheme.

Accordingly, it has decided to give a subsidy of Rs. 1 crore to the makers of films and serials for release on OTT. The project is named ‘Film Bandhu’ (Film Friend). In this, half of the total cost of the film or serial or Rs.1 crore, whichever is less, will be paid to the producers by UP. The government is going to provide.

It would also be a condition that the entire shoot should be taken up in UP. Chief Minister Yogi also wants to make UP a leader in other industries related to films.

For this, it is also planned to give subsidy to industries like production of film related products, dubbing, setting up of recording studio.

In this scheme, 25 percent amount or Rs. 50 lakh subsidy is to be given for business investment.

National award-winning leading director Seenu Ramasamy told ‘Hindu Tamil Vektik’ about this, “Public attendance for small films has decreased. The announcement of Rs 1 crore to encourage small films is welcome. Through this, new artists will come alive. Not only Tamil Nadu but entire India should follow this. Jobs will be created for many people. For this I am UP. I thank the Chief Minister.