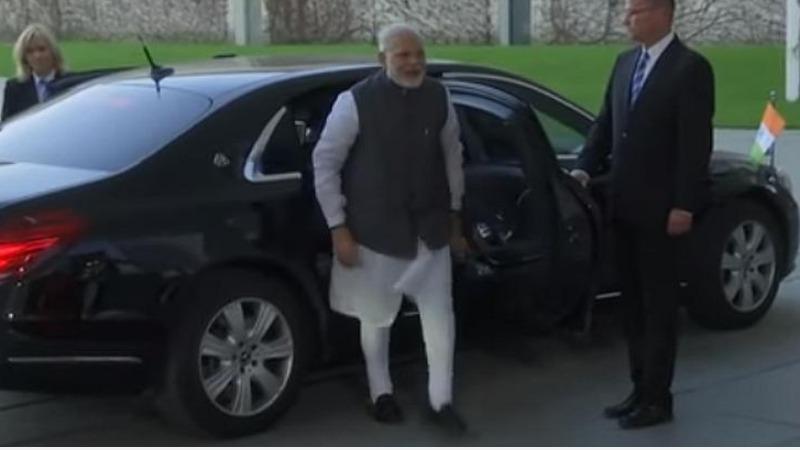 New Delhi: According to reports, Mercedes has bought the Maybach S650 worth Rs 12 crore, which has more security features for Prime Minister Modi.

Prime Minister Modi is already using a Mercedes car as he used to use Range Rover Vogue and Toyota Land Cruiser.

According to the Car and Bike website, “Russian President Vladimir Putin recently visited India. Then Prime Minister Modi When he arrived at the Hyderabad House, he arrived in a Maybach S650 car. The Maybach car has recently been included in the Prime Minister’s security convoy

Mercedes’ Maybach S650 is packed with sophisticated safety features. The car, which has VR10 security features, was priced at Rs 10 crore and is now priced at Rs 12 crore.

The Mercedes Maybach S650 is powered by a 6-liter twin-turbo V12 engine. 516 bhp, with a top speed of 900 Nm and a top speed of 160 km / h. Can go at speed. The car doors are all made of bulletproof steel sheets. The glass is also designed to be unbreakable if the bullet flows.

The car has the feature of protecting the occupants of the car even if 15 kg of TNT explosive explodes at a distance of 2 meters. The interior door of the car is given a polycarbonate coating. The underside of the car is set up so that it does not cause any damage even if it is hit directly. An air-supply area is provided in the cabin of the car to prevent any toxic gas attack.

The car’s refueling tank is coated with a special chemical compound to prevent any fire. It is set up so that if there is any hole in the petrol tank it will reach automatically. Such metal will only be used on Boeing aircraft. Currently used in this car.

The car’s tires are sophisticated and can withstand any damage to the tire immediately. The car can have a footrest, comfortable interior, rear seat replacement and more

When Modi was the Chief Minister of Gujarat, he used a bullet-proof Mahindra Scorpio car. After Modi became the Prime Minister, he first used the BMW 7 Series high security car.