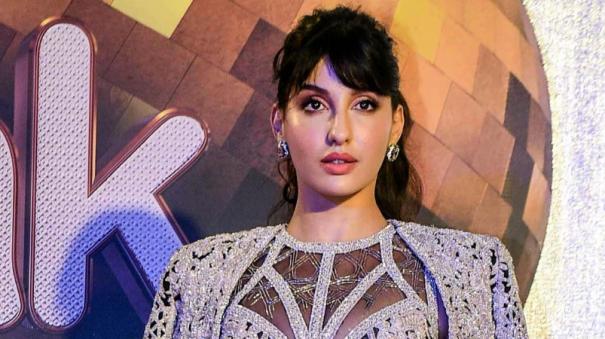 Sukesh Chandrasekhar from Karnataka used to swindle money from many people claiming to have political influence. He was arrested and imprisoned in this connection. While in jail, Sukesh said that he was going to get bail for a businessman who was arrested in another fraud case and was in jail with him. A complaint was raised that he had defrauded the businessman’s wife of Rs.200 crores.

In this regard, the Enforcement Department and Delhi Economic Offenses Police are investigating separately against Sukesh, his wife and others. According to the charge sheet filed by the Enforcement Department, Sukesh gifted expensive items to Hindi actresses Jacqueline Fernandez, Nora Pathehi and others with the fraudulent money. In this regard, Sukesh and actress Nora Badehi have already been interrogated by the enforcement officials.

In this case, the Delhi Economic Offenses Division police interrogated Nora Badehi for 4 hours yesterday. It is reported that during this investigation, he said that he never directly spoke to Sukesh Chandrasekhar. Nora also reportedly revealed that she was gifted an expensive handbag while appearing as a special guest on a show, but did not receive the expensive handbag from Sukesh.