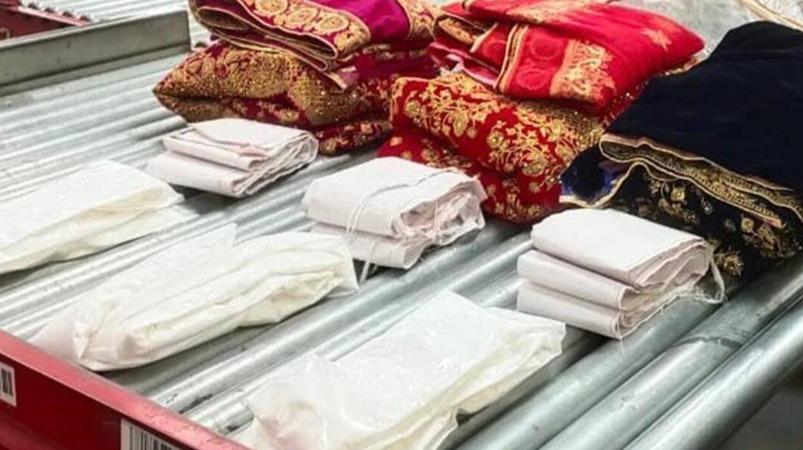 Authorities have seized Rs 5 crore worth of drugs smuggled from Bangalore to Australia hidden in women’s clothing.

The Narcotics Division received a complaint that drugs were being smuggled from Bangalore to foreign countries in cargo parcels. Following this, on the 21st, my officers inspected the cargo parcels in Bangalore.

There were 3 expensive lehenga dresses worn by women when I checked a suspicious parcel. The pants were disassembled and tested because its weight was higher than usual. At that time, drugs like white crystal were hidden in it. It weighed 3 kg and was tested and found to be an expensive pseudoephedrine, ephedrine drug. Its market value is estimated at Rs 5 crore, officials said.

Upon further investigation, it was found that the parcel was registered from Narasapuram, Andhra Pradesh and was to be sent to Australia. The Narcotics Division in Chennai was informed about this and inquired about the person who sent the parcel.