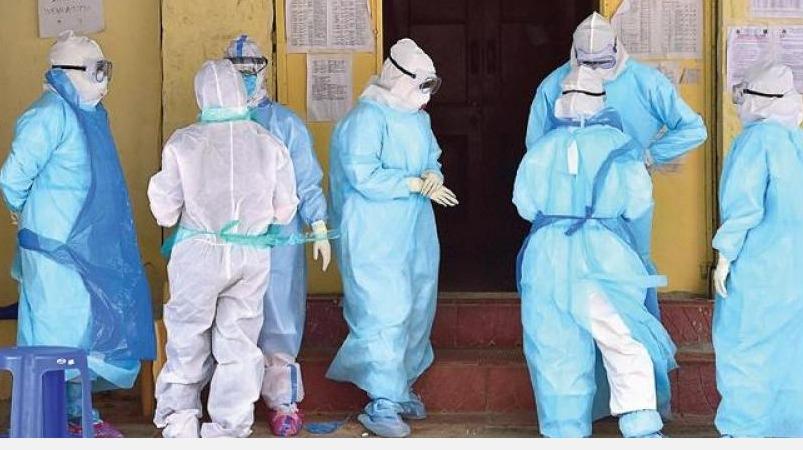 Doctors who died in Corona until July 15, 2021, Health workers According to the central government, 921 people, including Prime Minister Kareeb Kalyan, have been provided insurance cover of Rs 50 lakh each under the scheme.

Doctors, nurses, who have been affected and killed in Corona since 2020 Health workers The question was raised at the state level as to how many people have been compensated.

An insurance scheme was implemented for health workers fighting against corona under the Prime Minister Kareeb Kalyan scheme.

Under the scheme, Rs 50 lakh is being insured for every health worker working in private and government hospitals affected by direct contact with victims in Corona. The insurance plan has been extended for an additional 3 months from April 24, 2021.

The government does not have a rank-wise account of how many of the victims of the coronation and health workers died as doctors, nurses and staff.

As of July 15, 2021, there were 921 per capita deaths in Corona, including physicians and health workers. Rs 50 lakh compensation Amount provided.

During the 2nd wave of Corona, no survey was conducted on whether there was a shortage of doctors and nurses in the health sector. However, there are currently 10.14 lakh allopathic doctors and 5.65 lakh AYUSH doctors in the country. The ratio of one doctor to 854 is in the country. There are 22.72 lakh registered nurses, of which 16 lakh registered nurses are employed.

What kind of videos should be put? .. Manchu Lakshmi also did not leave!

Fans request Puri Jagannath .. Will you watch the movie if it is released on OTT ..

I have no words to speak; Nothing more can be done than this: Samson regrets the defeat

RRR: Hence the cost in crores! Rajamouli does not back down at all .. She is the special attraction