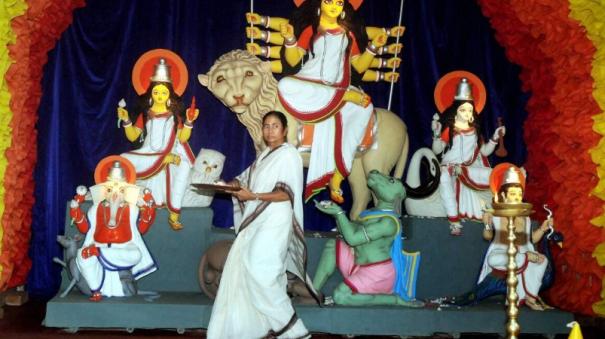 Kolkata: Financial support for Durga Puja groups in West Bengal has been increased to Rs.60,000. In addition to this, Chief Minister Mamata Banerjee has announced that 60% concession will be given on the electricity bill.

Durga Puja is celebrated every year in West Bengal. Especially in the state capital Kolkata and major cities, huge pandals will be erected and puja and worship will be conducted to the idol of Durga. Various Durga Puja groups work to conduct this 10-day festival.

The ruling Trinamool Congress leaders have been embroiled in various corruption cases, including the teacher appointment scam case. Former minister and senior party leader Partha Chatterjee and others have been arrested.