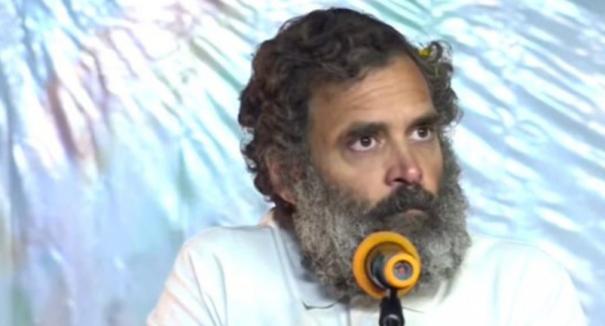 Rahul Gandhi, who is on the India Unity Yatra, met the media in Haryana’s Kurushetram. He then said: “RSS has never chanted ‘Hara Hara Mahadev’.” Because Lord Shiva is an ascetic. These are the attackers of India’s tapasvi. These are the people who removed Sita from the line ‘Jai Siya Ram’. They are working against Indian culture. Shaka runs the RSS wearing khaki half-trousers. Organizers are 21st century dignitaries. These are the people who can be on the side of the 2-3 richest people in the country,” he said.

Earlier, during a press conference in Samana, Haryana, a reporter asked, ‘Has this pilgrimage changed your identity?’ he asked. To which Rahul Gandhi replied, “I have killed the Rahul Gandhi that you have identified in your mind. I don’t remember that Rahul. He disappeared. The Rahul Gandhi you see now is not the old Rahul. To understand this you need to read a little about Hindu Dharma. Only then will you understand.

Rahul Gandhi’s India Unity Yatra, which started on September 7 in Tamil Nadu’s Kanyakumari, has now crossed 115 days. This trip has been completed in the states of Tamil Nadu, Kerala, Andhra Pradesh, Karnataka, Telangana, Madhya Pradesh, Rajasthan and Maharashtra. It is noteworthy that the Indian Unity Yatra, which is currently underway in Haryana, will end in Jammu and Kashmir.