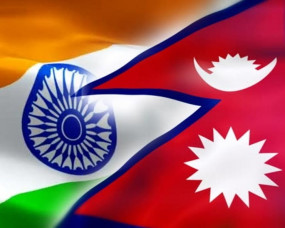 Digital Desk, Kathmandu. A fresh diplomatic dispute has erupted between Nepal and India after Indian Prime Minister Narendra Modi recently announced an extension of the road in the Lipulekh region. Nepal claims the Lipulekh region as its own. Addressing an election rally organized by the Bharatiya Janata Party (BJP) in Uttarakhand’s Haldwani on December 30, Modi had announced that his government was further widening the road built in the Nepalese region of Lipulekh.

Nepal has already opposed the construction of roads in Lipulekh and Kalapani areas by the Indian government. Nepal had protested on May 8, 2020, when Indian Defense Minister Rajnath Singh virtually inaugurated the newly constructed road in Lipulekh. Following strong protests and criticism within Nepal over the expansion of roads by India, the Government of Nepal released new maps covering areas including Lipulekh, Limpiyadhura and Kalapani.

Soon after, Nepal had tried to hold bilateral talks to amicably resolve the issue of territory alleged to be encroached upon by India, but New Delhi showed no interest. So far, there has been no formal discussion on the subject. Nepal and India have been engaged in a border dispute since India unveiled its new political map in November 2019. Nepal has opposed India’s decision to include the disputed areas in its territory. In response to this, the then K. A new political map was unveiled by the P. Sharma Oli government covering Lipulekh, Kalapani and Limpiyadhura.

Although both sides have committed to resolve the border dispute through diplomatic and political dialogue and channels, no concrete bilateral talks have taken place so far. In his speech, Modi had said that the road has been widened till Lipulekh and work is going on to widen the road towards the religious tourist destination Kailash Mansarovar. In this regard, the main opposition party Nepal Communist Party-UML has objected to the announcement made by Modi on Lipulekh. The party’s foreign affairs wing chief Rajan Bhattarai issued a statement on Tuesday calling for an end to such activities that violate Nepal’s sovereignty, territorial integrity and self-respect.

The CPN-UML firmly believes that the construction of roads and other structures should be stopped, the issue should be resolved immediately through dialogue and no structures at the state level should be built till then, the statement said. , until a solution is reached through dialogue. Bhattarai said that many questions are being raised as the government is silent on such serious issues related to nationalism.

The party urged the government to immediately initiate dialogue with its Indian counterpart on the issue, prevent all kinds of alleged wrongdoing by India and take useful initiatives to establish Nepal’s practical ownership of the alleged encroached areas. The ruling CPN (Unified Socialist) also issued a statement on Monday condemning the alleged encroachment of Lipulekh and the recent statement of Indian Prime Minister Narendra Modi. However, despite a long passage of time in this regard, the Ministry of External Affairs in Nepal has not yet commented on the issue.