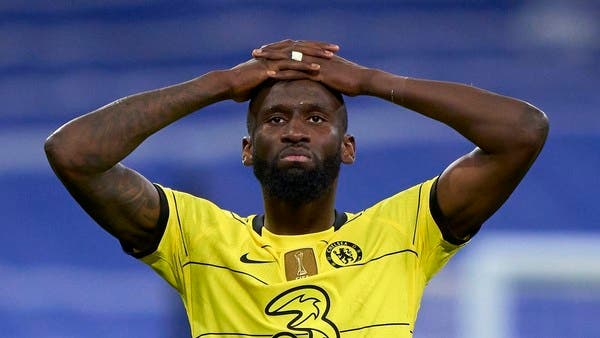 Antonio Rudiger confirmed that he does not hold any grudges for Chelsea, who will leave him on a free transfer to Real Madrid at the end of the season, saying that the failure to reach an agreement to renew the contract with the English club pushed him to leave.

Chelsea coach Thomas Tuchel said in April that defender Rudiger would leave the club when his contract expired.

The 29-year-old German international is scheduled to join Real Madrid, the Spanish league champion, for a period of four years.

The sanctions imposed by the British government on Chelsea owner Roman Abramovich after Moscow’s attack on Ukraine prevented the club from signing new players or renewing existing contracts.

Rudiger wrote in the Players Tribune on Friday: “Negotiations to renew my contract really started to get difficult last fall, when you don’t hear any news from the club from August to January the situation becomes complicated.”

He continued: “After the first show, things stopped for a long time, you can’t wait for so many months with uncertainty about your future.”

And he added: It is clear that no one expected these sanctions. But in the end other big clubs showed interest and I had to make a decision. It will end at this point. Whatever happened, I don’t have anything bad to say about this club.

Rudiger has been a key player at Chelsea since arriving at Stamford Bridge from Roma in 2017, and has made more than 200 appearances for the club in all competitions.

“I got the FA Cup, the Europa League and the Champions League. And of course I have hundreds of memories that will stay with me forever.”