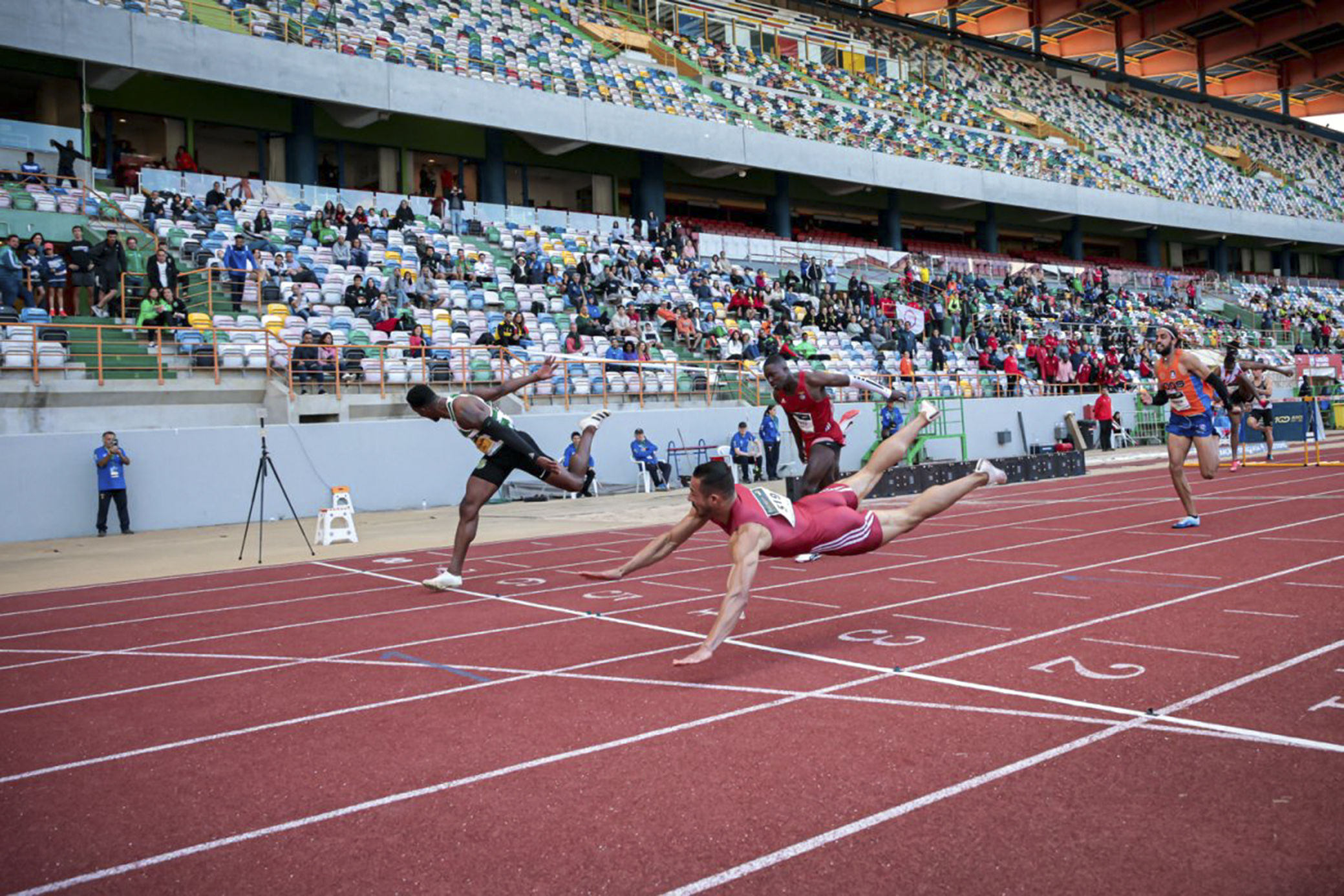 Brazilian sprinter Joao Vitor de Oliveira resorted to using a “strange” method of flying in the air to ensure that his fingertips crossed the finish line before his opponent and won the 110m hurdles at the Portuguese Championships.

The video clips – and in an unprecedented phenomenon in the “Mother of Games” tournaments globally – showed how Alivira, the defender of the famous SL Benfica club, jumped and flew in the last meters, while he was in an equal competition with the Portuguese sprinter Abdelkader Larinaga, the Sporting Lisbon runner. , which allowed Brazilian Oliveira to cross the finish line with a time of 13 seconds and 83 seconds in first place and grab the victory by three parts per thousand from the Portuguese Larinaga.