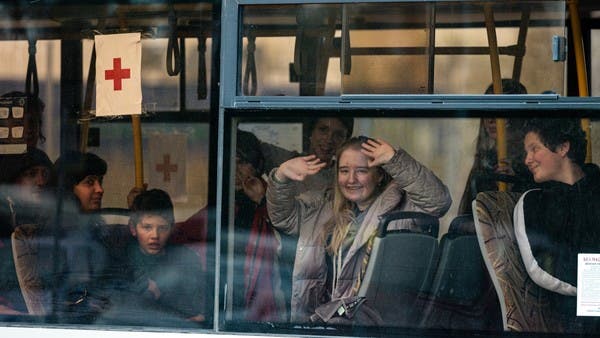 While Kyiv pledged to continue working until the evacuation of the last besieged soldier at the Azovstal steel plant in Mariupol, confirming the end of the combat defense mission there, the Russian Defense Ministry announced on Tuesday that 256 Ukrainian soldiers had surrendered during the past 24 hours.

And she added in a statement, that among the surrendering, 51 were seriously wounded, who laid down their weapons and surrendered.

This came after the Ukrainian army stressed on Tuesday that it was working to evacuate all remaining forces in its last stronghold in the besieged coastal city, giving up control of the city to Russia after months of Russian bombing.

The General Command confirmed, in a statement issued in the early hours of this morning, that the mission of defending the besieged Azovstal Steel Factory, which was carried out by its members there, has been completed and completed, stressing that it will not hesitate to work to get everyone out.

The General Staff added in a statement that the army’s high command ordered the commanders of units stationed in Azovstal to save the lives of individuals.

In turn, the Ukrainian Assistant Defense Minister stated that 53 soldiers were wounded and taken to a hospital in Novoazovsk, east of Mariupol on Monday, while 211 others were transferred to another location.

An eyewitness also revealed that five buses and an armored personnel carrier of soldiers were transported late Monday to Novoazovsk, while some were transported on stretchers to a hospital, according to Reuters.

The last castles in town

It is noteworthy that the steel factory, which represents the last stronghold of the defenders in the city, which was controlled almost completely by Russia after a siege that lasted more than two months, was subjected to heavy bombardment during the last period.

The last defenders of Azovstal were holed up in barracks and tunnels built inside the underground factory to withstand nuclear war.

However, Russia returned and announced a ceasefire, which allowed the evacuation of all women, children and civilians from the factory, under UN auspices.

And the Ukrainian Defense Ministry announced that efforts to rescue the defenders who are still in Azovstal are continuing.

Since the launch of the Russian military operation in Ukraine on February 24, the city of Mariupol has been a strategic target for Moscow, especially since its control allows the opening of a land corridor for its forces between the Donbas region in eastern Ukraine and the Crimea (south), which it annexed to its territory in 2014.