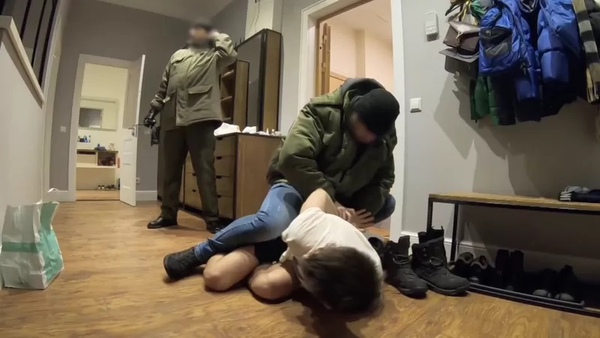 Russia announced Friday that it has dismantled the most dangerous hacking group “Revell” in terms of ransomware, at the request of the United States.

Russian President Vladimir Putin and US President Joe Biden had expressed during a summit held in June their desire to strengthen their cooperation in combating cybercrime, against the backdrop of repeated crises and accusations against Moscow in this regard.

15 members of REvil has been arrested by the Russian authorities.

REvil, once dubbed the “Crown prince of ransomware”, was responsible for the Kaseya supply chain attack, and many other high-profile breaches.

Footage courtesy of the FSB. pic.twitter.com/7ldAAPwDYg

The Russian Federal Security Service said in a statement today that after an operation carried out by the Russian security services and the Russian police, “the existence of this organized criminal group has been put to an end.”

He added that searches were carried out “at the request of the competent American authorities”, targeting 14 people and 25 addresses in five Russian regions, most notably the capital, Moscow and Saint Petersburg, the second city in the country, which allowed the seizure of the equivalent of 426 million rubles (about 5.6 million US dollars) and 20 cars. Luxurious.

The Russian security service did not specify the number of detainees, but broadcast videos of the arrests.

The same source explained that the members of the group “developed malicious programs and organized the embezzlement of funds from bank accounts of foreign nationals and spent them.”

In light of this, Joe Biden, during a phone call with Vladimir Putin, requested action to prevent attacks from Russia, otherwise the United States will take “necessary measures.”

And in early November, European and US authorities announced the arrest of seven hackers in an international operation targeting “Revell” and the “Gandgrab” ransomware group.

Extortion occurs by breaking into the network of a company or organization, encrypting its data, and then demanding a ransom, usually paid in cryptocurrency, in exchange for a digital key to restart the network.

And cyber-attacks for ransom, “ransomware”, is a type of cyber-attack that generates a lot of money, estimated by Interpol in the billions of dollars, and is constantly increasing.