Russia is on a date with a “disaster” after entering a stifling technology crisis! 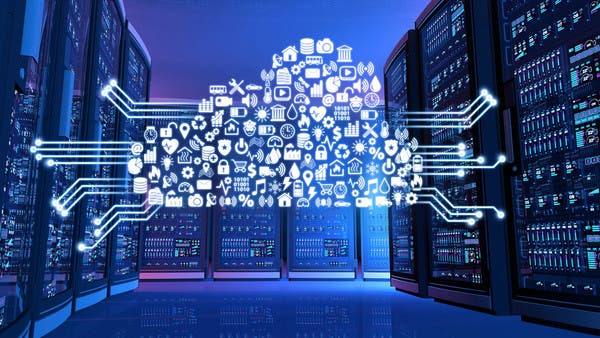 Russia has entered a stifling and unexpected technology crisis amid fears that it could disrupt the country’s data operating centers and major servers and lead to disaster.

As for the main reason for the technical crisis that has begun to cloud Russia, it is the Western sanctions that have led to a stifling crisis in the supply of semiconductors, electrical equipment and devices necessary to operate data centers.

A report published by the British newspaper “Financial Times”, and seen by “Al Arabiya Net”, stated that the largest chip manufacturers in the world have suspended their business in Russia due to the sanctions imposed on Moscow, as the products of companies such as “Intel”, “Samsung” and “Qualcomm” are no longer available. It is available in the Russian market after the United States, Britain and Europe imposed export controls to Russia, and it became difficult to obtain smart electronic chips for Russian importers.

This has led to a shortage of the type of larger and lesser chips used in automobiles, home appliances and military equipment, and has curtailed the supply of more advanced semiconductors, used in high-end consumer electronics and information technology devices.

The ability of the Russian state to import foreign technology and equipment containing these chips, including smartphones, network equipment and data servers, has been significantly hampered, according to the report.

“The whole supply chain has disappeared from servers to computers to iPhones…everything,” said an executive at a Western chipmaker.

The unprecedented expansion of Western sanctions on Russia over the war in Ukraine is forcing Moscow to undertake what the central bank has said would be a painful “structural shift” for its economy.

With the country unable to export many raw materials, import vital goods, or access global financial markets, economists expect Russia’s GDP to shrink by as much as 15% this year.

And export controls on “dual-use” technology that could have both civilian and military applications — such as microchips, semiconductors, and servers — are likely to have some of the most serious and lasting effects on the Russian economy, as the country’s largest telecoms groups will not have access to next-generation equipment. fifth (5G), while computing products will struggle to expand their data center services.

Russia lacks an advanced technology sector, consuming less than 1% of the world’s semiconductors, meaning the technology-specific sanctions have had a much smaller direct impact on the country than similar export controls on China, the global tech giant, when they were introduced in 2019.

Although Russia has many domestic chip producers, it relies on importing large quantities of finished semiconductors from foreign manufacturers such as (SMIC) in China, (Intel) in the United States and (Infineon) in Germany.

In an effort to get around Western sanctions, Moscow recently introduced a new “import scheme,” under which it allowed companies to “parallel import” devices, including servers, cars, phones, and semiconductors, from a long list of companies without the approval of the brand or copyright holder.

Historically, Russia has been able to rely on unauthorized “grey market” supply chains for some technological and military equipment, and to purchase Western products from sellers in Asia and Africa through intermediaries, but a global shortage of chips and critical IT hardware has led to The drying up of these channels, according to the “Financial Times” report.

“Some companies have organized supplies from Kazakhstan, and some second-tier Chinese companies are ready to supply,” said Karen Kazarian, head of the Internet Research Institute in Moscow.

“There is a reserve of components in Russian warehouses, but it is not the size they need, it is not stable, and prices have increased by at least two times,” she added.