WorldRussia: The Iran-IAEA agreement is technical but very important
World

Russia: The Iran-IAEA agreement is technical but very important 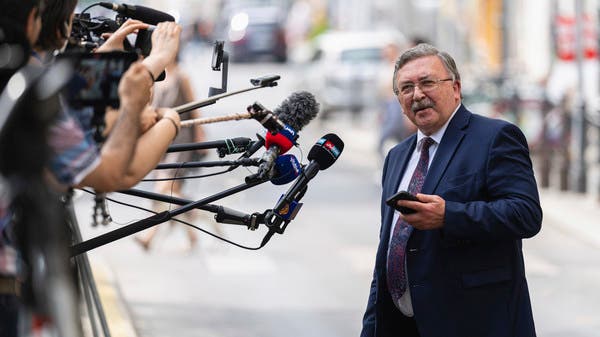 With the International Atomic Energy Agency announcing an agreement with Iran on Sunday, Russia’s representative to international organizations in Vienna, Mikhail Ulyanov, stressed that the agreement is very important, although it is technical.

He added in a tweet via “Twitter”, that the agreement will help the IAEA to remain informed about the nuclear program, and is no less important for Iran in terms of refuting the allegations against it.

He also said in a second tweet that “it is important that Iran and the IAEA agree today that its Director General will pay another visit to Tehran in the near future.”

He added that his country “highly appreciates the willingness of the two sides to maintain a constructive dialogue based on mutual respect, through which all outstanding issues can be settled.”

It is important that #Iran and #IAEA agreed today that the DG will pay another visit to Tehran in the near future. We highly appreciate the reading of the two sides to maintain constructive and mutually respectful dialogue through which they can settle all outstanding issues.

The International Atomic Energy Agency had reached an agreement with Iran on monitoring equipment placed in Iranian nuclear facilities, after the visit of its Director-General, Rafael Grossi, to Tehran.

A joint statement between the Atomic Energy Agency and the Iranian Atomic Energy Organization, which was reported by the state-run IRNA agency, said that “the agency’s inspectors were allowed to perform technical and technical maintenance of the specified monitoring devices, and to replace memory cards for these devices, which will be stamped by both sides and kept in Iran.”

The #IAEA DG and #Iran agreed today on servicing video equipment at Iranian nuclear facilities. It I s technical but very important. It will help IAEA to maintain knowledge about nuclear programme. It is no less important for Iran to rebuff groundless speculations against it.

However, Iran did not allow the agency to see the cameras’ recordings.

Tehran had announced in February that it would hand over the recordings to the agency if an understanding was reached to revive the nuclear agreement and Washington lifted sanctions imposed on it.

From today’s meeting in Tehran (AFP)

Thus, Rafael Grossi, Director-General of the Agency, during his second visit to Iran this year, was able to ensure that the monitoring of Iran’s nuclear program continued according to the arrangements in force, as the Agency was afraid of losing data if the recording capacity was exhausted.

The statement said Grossi would return to Tehran “in the near future to hold consultations at a high level,” stressing the “spirit of cooperation and mutual trust” between the two parties.

It is noteworthy that Grossi visited him after the IAEA, in a strongly worded report this week, accused Iran of obstructing the monitoring missions of its inspectors after Tehran suspended some inspections of its nuclear activities, and before a meeting of the agency’s board of governors next week.

Previous articleBheemla Nayak: This is Pawan Cinema Range which is a rare record in the ‘FirstGlimps’ account
Next articleWhat time is the MTV Video Music Awards 2021 LIVE: schedule of the MTV VMAs 2021 in Mexico Colombia Argentina Chile Spain Peru United States