Russia to NATO: We do not seek a military option, but we are ready 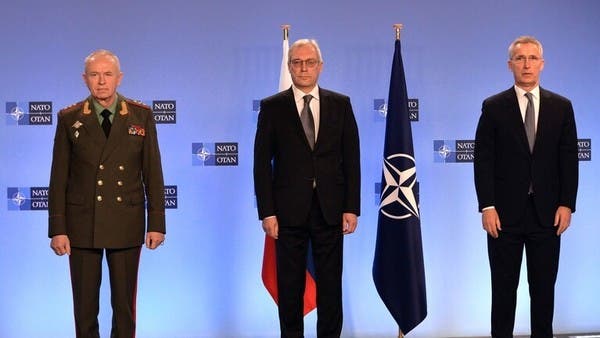 After NATO Secretary-General Jens Stoltenberg confirmed that the alliance might deploy additional forces in its member states in Eastern Europe if Russia used force against Ukraine, Russian Deputy Defense Minister Alexander Fomin considered, today, Wednesday, that relations between Russia and NATO had fallen to a critical low level, accusing NATO by ignoring its initiatives to ease tensions “raises the risk of conflict”.

At a press conference of Russia’s deputy defense and foreign ministers after talks with NATO in Brussels, Russian Deputy Foreign Minister Alexander Grushko said that NATO’s exercises near Russia’s borders are clear to everyone, noting that NATO’s decision to stop cooperation with Moscow is dangerous.

He pointed out that discussions with NATO today were deep and there are great differences, stressing not to allow “any measures that threaten our security.”

‘Ready for the military option’

The Russian official said that his country is not seeking a military option, “but we are ready for it.”

In addition, Russia confirmed that NATO proposed to it to resume the work of the two diplomatic missions between the two sides, but Moscow has not yet responded to this initiative.

The Secretary-General of NATO confirmed that the alliance may deploy additional forces in its member states in Eastern Europe if Russia uses force against Ukraine.

In a press conference after the end of the talks, he warned of a “real danger of a new armed conflict in Europe” but said the alliance would “do everything in its power to prevent” any such scenario.

He also stated that he deals with Russia on the basis of dialogue and containment, expressing concern about the Russian military build-up on Ukraine’s borders, and noting that there are major differences with Russia, but he expressed his readiness for new talks.

Russia has previously demanded broad reassurances from Washington and its allies, including concrete guarantees that Ukraine will not join NATO.

However, the new US ambassador to NATO, Julian Smith, made it clear that her country had not made any concessions, but had formulated proposals to reduce the risks of conflict and to embark on conventional and nuclear disarmament.

Washington also assured Moscow that it does not intend to deploy offensive weapons in Ukraine, but it denied having any intention of disarming Europe, according to the European diplomat.

The Ukrainian file is considered a “thorn” in the side of the Russians, who always doubt Kiev’s intentions, while the latter is constantly afraid of repeating the experience of annexing Crimea (in 2014) and invading its territory, repeating at the same time that it has absolute freedom to join NATO, which constitutes a sensitivity Great for the Kremlin.