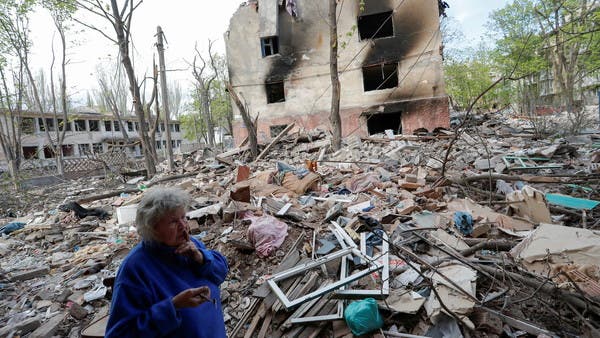 Today, Sunday, the Russian forces will continue to carry out their military operations on Ukrainian territory, by destroying the military structures of Kiev, while Ukraine continues to receive military support and equipment from its allies.

In the latest developments, the Russian Defense Ministry accused the Ukrainian forces, on Sunday, of bombing several villages in the vicinity of Kherson, which resulted in civilian casualties, according to a Russian defense statement.

The Russian Defense Ministry announced that what it called “Ukrainian Nazis” were preparing for new provocations, represented by the bombing of the Nikolaev Dam, accusing the Russian army of doing so.

“In the city of Marganets in the Dnipropetrovsk region, militants of the Ukrainian armed forces mined the Nikolaev Dam, which the Nazis themselves plan to blow up, blaming the advancing units of the Russian forces,” said the head of the Russian National Defense Monitoring Center, Lieutenant-General Mikhail Mezintsev. Russian.

He stressed that if the dam was blown up, the city and neighboring towns, where more than 45,000 people live, would be flooded.

“After the water floods, vital infrastructure and facilities will be damaged throughout the flooded area, which will lead to a sharp deterioration in the sanitary and epidemiological situation and the spread of infectious diseases in the Nikopol region,” he added.

Prior to that, Russian Defense Ministry spokesman Major-General Igor Konashenkov announced that, during the past 24 hours, Russian forces destroyed 17 Ukrainian military sites with high-precision missiles, including 8 areas for gathering military equipment and soldiers, 5 sites for launching missiles and rockets, in addition to two fortified points.

The Russian Defense Ministry spokesman also announced the destruction of two command centers, 9 fortified points and areas for troop and equipment concentrations, in addition to 5 ammunition and fuel depots, as well as the destruction of 23 armored vehicles and military vehicles.

On the ground, the Russian army began distributing its forces in various regions in eastern Ukraine and around Donbass, while some forces are encircling large cities in the vicinity of Kharkiv, amid great resistance from Ukrainian forces on some battle fronts.

On Saturday, Odessa airport in southern Ukraine was hit by a Russian missile attack that destroyed the runway without causing casualties, according to the region’s governor, Maxim Marchenko.

It is noteworthy that eight people were killed in Russian strikes a week ago on the historical city of Odessa, which has a population of nearly one million and has so far remained relatively untouched by battles.

The Russian army announced at the time that it had targeted with “high-precision missiles” a large warehouse near Odessa where weapons delivered by the United States and European countries to Ukrainian forces were stored.

On Saturday, Russian media reported that 25 people, including 6 children, left the Azovstal steel factory, which is still the last stronghold of the Ukrainian forces in the city of Mariupol, while the Ukrainian army announced that Russian planes continued to bombard the besieged city of Mariupol, with a focus on the Azovstal complex. “The Crucifixion, where soldiers and civilians are holed up.