Russia: We destroyed 39 Ukrainian military sites in a day! 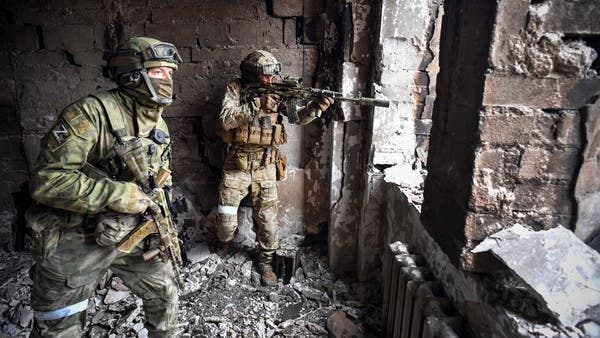 He noted in detail that his forces had struck 39 Ukrainian military sites, including two command centers and 36 gathering areas for military personnel and military equipment, noting that the Russian air defense systems had shot down a Ukrainian “Tochka-O” missile and intercepted 9 “Smerch” missiles over the territory of Donetsk and the Kharkov region. in Ukraine.

He also continued in a press briefing on Tuesday, that the Russian air defense systems had shot down a Ukrainian drone near the town of Rodnya in the Chernigov region, stressing that high-precision missiles had targeted, during the last day, three radars, an S-300 air defense system and a “Tochka-” missile launcher. Or, an Osa air defense system, and three Grad launchers.

He also explained that the Russian missile and artillery forces destroyed 11 command centers, 54 positions for stationing Ukrainian artillery units and two fuel depots, in addition to 342 fortified points and areas for the concentration of forces and equipment, and eliminated 190 members and destroyed 31 military vehicles, according to his words.

These developments came while the correspondent of “Al-Arabiya / Al-Hadath” confirmed, on Tuesday, the movement of Russian military convoys towards the city of Avdiivka, the stronghold of the Ukrainian army in the separatist Donetsk region in the east of the country.

He added that the Russian and Donetsk forces are trying to storm the city of Avdiivka, noting that the Ukrainian forces daily bombard the territory, which Russia has only recognized as separate from Ukraine.

Meanwhile, the governor of the Donetsk region announced that at least 9 civilians were killed by Russian fire in the region of eastern Ukraine, on Tuesday.

It is noteworthy that in late March, Russia launched the second phase of its military operation in eastern Ukraine, focusing on the Donetsk and Lugansk regions, after its withdrawal from the vicinity of the capital, Kyiv.