Russia: We targeted 6 fuel and ammunition depots in Ukraine 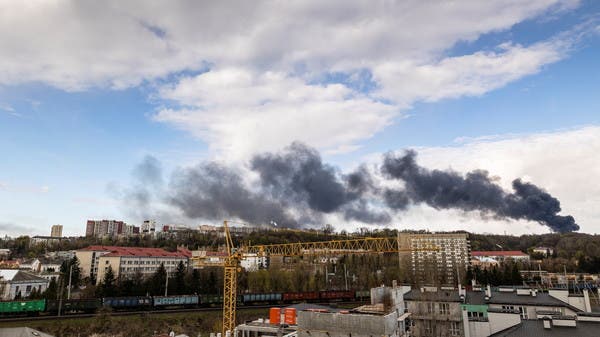 As the Russian military operation in Ukraine entered its third month, the Russian Ministry of Defense announced today, Thursday, the targeting of 7 depots of fuel, weapons and ammunition in Ukraine, confirming the destruction of 76 military targets within one day.

He also added that the Russian Air Force launched raids today on 76 military facilities in Ukraine, including two depots for missile and artillery weapons, a command center, and 73 areas for mobilizing soldiers and combat mechanisms.

He pointed out that the losses of the Ukrainian forces as a result of these strikes amounted to 320 people and 35 military vehicles and vehicles.

The spokesman also indicated that the Russian missile forces destroyed a platform for launching “Tochka-O” missiles and targeted two areas for the mobilization of Ukrainian soldiers and war mechanisms, while Russian air defenses shot down three missiles of the aforementioned type near the towns of Petropolje and Malaya Kamishevakha in the eastern province of Kharkov.

While it was announced that Russian air defenses had shot down 7 Ukrainian drones over the Kharkov province and the separatist Donetsk and Lugansk regions.

In total, since the start of its military operation in Ukraine on February 24, Moscow announced the destruction of 142 aircraft, 111 helicopters, 621 drones, 277 air defense missile systems, 2,629 tanks and armored vehicles, 302 rocket launchers, 1,154 artillery and mortars, in addition to 2,445 special military vehicles.