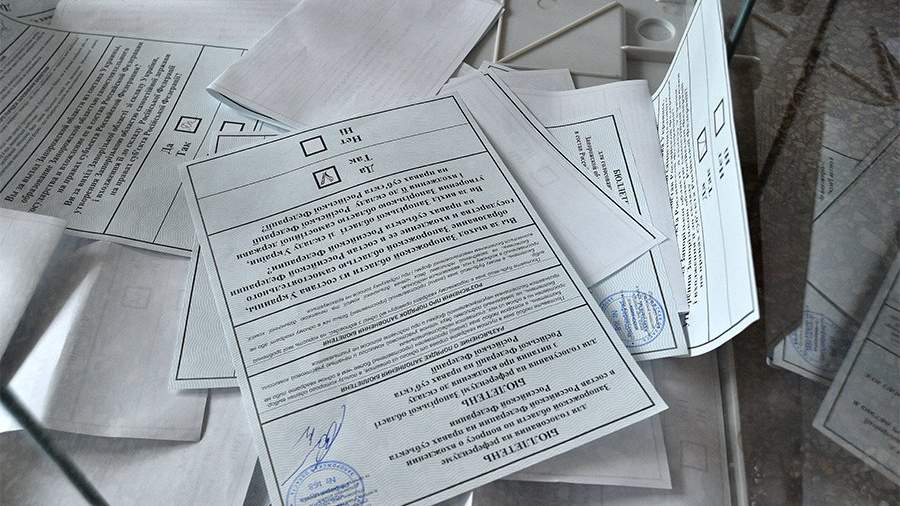 Russian Ambassador to Lisbon Mikhail Kamynin brought to the attention of the Portuguese authorities the position of the Russian Federation on the issues of referendums in the Donetsk and Lugansk People’s Republics (DPR and LPR), as well as in Zaporozhye and Kherson regions. This was reported on October 3 at the Russian diplomatic mission.

“The Russian position stated in the speech of President V.V. was brought to the attention of the Portuguese partners. Putin at the ceremony in the Georgievsky Hall of the Kremlin on September 30, 2022, the full text of which was handed over to R. Vinhas, ”the official statement says following the conversation between Kamynin and Director General for Foreign Policy of Portugal Ruy Vinhas.

The report also states that the Russian side considers the holding of referendums to be the realization of the inalienable right of the inhabitants of the republics of Donbass, as well as the Zaporozhye and Kherson regions, to self-determination. And this right is enshrined in the UN Charter.

During the conversation, according to the message, some aspects of the current geopolitical situation in the world were also briefly touched upon.

Also, the ambassadors of the Russian Federation in Germany, Great Britain, Poland, Finland, Estonia, and Croatia were summoned to the Foreign Ministries of the countries after the admission of new territories to Russia.

Referendums on the issue of reunification with the Russian Federation were held in the liberated territories from 23 to 27 September. According to the results of voting in the DPR, 99.23% supported joining Russia, in the LPR – 98.42%, in the Zaporozhye region – 93.11%, in the Kherson region – 87.05%.

On September 28, the Russian Foreign Ministry announced that the referendums were fully in line with international law. At the same time, observers from Venezuela, Italy, Germany, Latvia and other countries (a total of 133 people) who attended the referendums also recognized their results as legitimate.

Later, on September 30, the Kremlin signed agreements on the entry of the DPR, LPR, Zaporozhye and Kherson regions into the Russian Federation, and on October 3, the State Duma ratified these agreements.