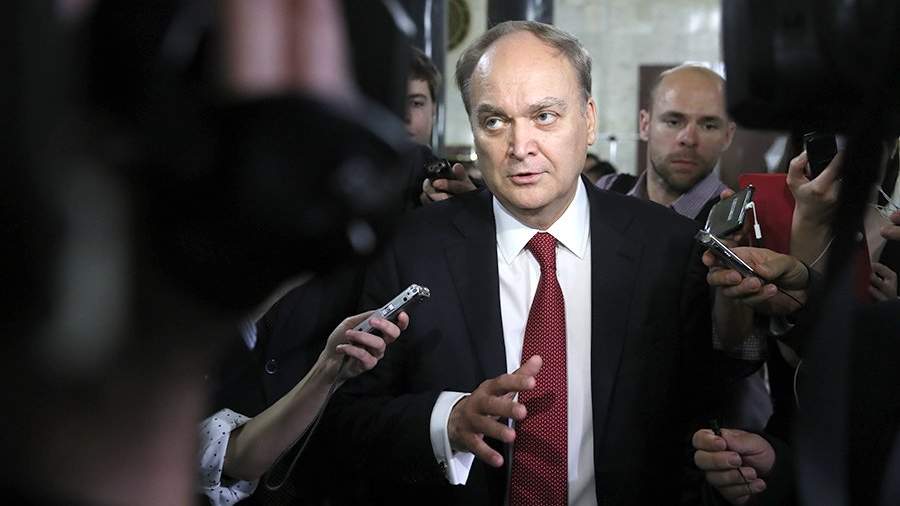 The global energy crisis arose due to miscalculations by Western countries, as well as anti-Russian sanctions. This opinion was expressed on June 16 by Russian Ambassador to the United States Anatoly Antonov in an article for The National Interest magazine.

“It is also worth noting that Western states have made mistakes and miscalculations in their economic and energy policies. The situation was further complicated by the campaign carried out by the West to force the international community to accelerate the transition from traditional energy sources to renewable energy sources without taking into account the socio-economic characteristics of countries and regions,” the diplomat wrote.

Antonov gave the corresponding comment in the context of the discussion of accusations against Russia regarding the beginning of the global food crisis. Russia is doing everything possible to prevent and resolve problems with the distribution of food, while trying to blame Russia for the upcoming crisis is shifting responsibility, the ambassador stressed.

Against the backdrop of unilateral sanctions imposed by the West against Moscow, the energy crisis is aggravating, which, in particular, is expressed in rising prices for energy resources. As the British exchange ICE reported on June 8, the price of a barrel of Brent oil exceeded $125. Igor Yushkov, an expert at the Financial University under the Government of the Russian Federation, speaking about the dynamics of the price of “black gold”, predicted on June 16 a further increase in its price to $135 per barrel due to the start of the summer car season, an increase in energy consumption for air conditioning and the lifting of coronavirus restrictions in China .

At the same time, Western countries are experiencing problems with the import and use of energy resources due to the sanctions imposed against the oil and gas complex of Russia. In particular, Steffen Cotre, a member of the German Bundestag committee on climate protection and energy, in an interview with Izvestia, said that the sanctions against the Russian Federation and the energy crisis caused by them are ruining the German economy. In addition, on June 14, US congressmen sent a letter to Energy Secretary Jennifer Granholm, in which they noted the “rapid depletion of the country’s oil reserves.”

Prior to that, on June 3, the European Union announced the final approval of the sixth package of anti-Russian sanctions. It provides for a partial embargo on oil, covering the import of Russian oil, with a temporary exception for the supply of this type of fuel produced through the pipeline.

Moscow, in turn, has repeatedly stated about the self-destructive consequences for the West of the sanctions imposed, among other things, on its energy sector, as well as an attempt at a premature, forced transition to “green” energy. Thus, on May 12, Russian President Vladimir Putin pointed out that the authors of anti-Russian sanctions are guided by short-sighted inflated political ambitions and hit the peoples of Europe and the United States. He noted that in a number of countries inflation came close to 20% per annum, and in the eurozone as a whole, commodity prices increased by more than 11%. In addition, on June 3, Putin focused on the miscalculations of the West in the energy sector, calling one of the main mistakes of Western countries speculation and the promotion of a “green” agenda with an accelerated transition to alternative sources.