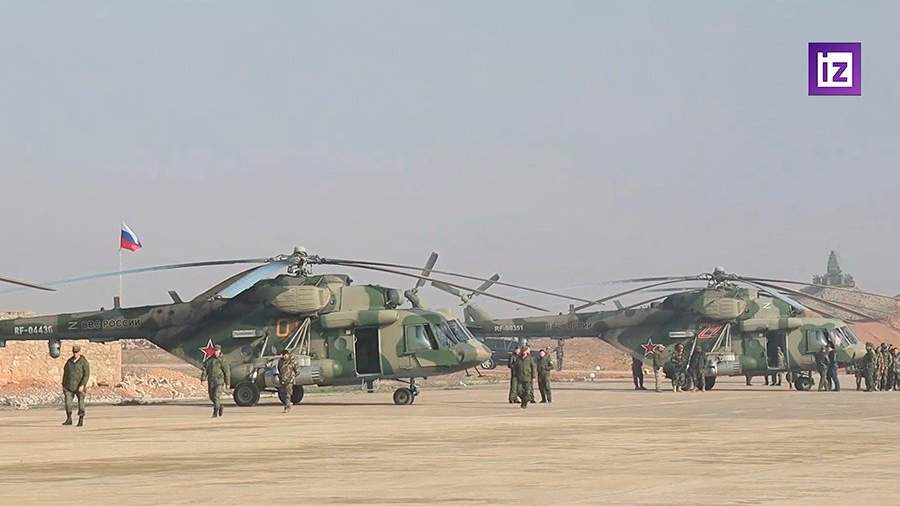 Russian and Syrian military personnel restored the Jeirah airfield destroyed during the hostilities in the province of Aleppo. This was reported in the Ministry of Defense of the Russian Federation on Tuesday, January 24.

The military restored the lighting equipment and elements of the airfield, which make it possible to receive all types of military transport, operational-tactical and army aviation. In addition, the control room was equipped with communications and radio technical support for flights.

More than 9 km of fortifications were reconstructed on the territory of the airfield, ground security and defense were organized, and the military deployed air defense equipment.

The joint basing of aviation of the Russian Aerospace Forces and the Syrian Air Force at the Dzheyrakh airfield makes it possible to cover the state border and ensure the safety of civilians in the northern and northeastern regions of the republic.

On January 14, servicemen of the Russian Center for the Reconciliation of Warring Parties (CPVS) in Syria provided charitable assistance to pupils of the Kafalat al-Tufula orphanage in the city of Aleppo.

The orphanage received humanitarian aid in the amount of 400 food kits, including flour, cereals, sunflower oil, tea, and sugar.

In November 2022, Russian CPVS troops in Syria distributed more than 400 food kits to the needy population of the village of Maret el-Artik in the Syrian province of Aleppo.