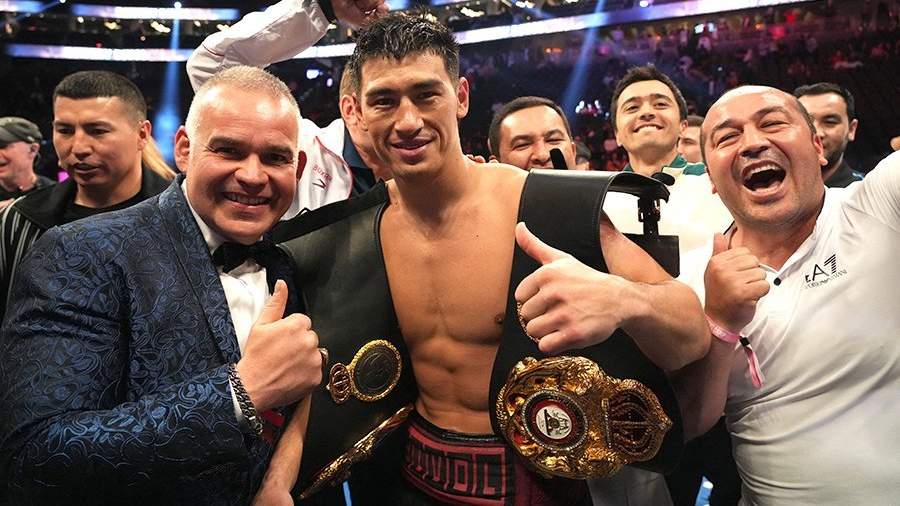 Russian boxer Dmitry Bivol, after defeating Saul Canelo Alvarez, took second place in the ranking of world boxers, regardless of weight category. This is evidenced by the data of the BoxRec portal as of May 8.

Before the fight with the Mexican boxer, Bivol was on the 17th line of the rating. Now he is second only to WBC world heavyweight champion Tyson Fury.

As it became known, on May 8 in Las Vegas, Bivol defended his world light heavyweight title according to the World Boxing Association (WBA Super), defeating Alvarez. The fight ended with a unanimous decision in favor of the Russians.

Commenting on the victory, boxer and MMA fighter Artem Tarasov noted that Bivol had stronger motivation than Alvarez’s other rivals. He called Bivol’s victory a real feat. In his opinion, there have been no stories in the sports world for a long time for a boxer from the outback to win abroad against an opponent of this level.

The WBC world boxing champion, expert, commentator Grigory Drozd told Izvestia that the Russian boxer Bivol was under enormous pressure before the fight with the Mexican athlete, but the athlete won thanks to iron nerves and the support of the team. According to him, everything was done for the Mexican boxer. He clarified that everyone expected that the opponent would knock out Bivol.

In December 2021, Bivol defeated Russian Umar Salamov as part of a boxing evening in Yekaterinburg. The fight lasted 12 rounds.

Previously, Bivol was a contender for the highest places in the WBA, WBC, IBF and WBO boxing ratings. The athlete is 31 years old, he has 20 victories in professional boxing (11 of them by knockout). He hasn’t lost a single fight.