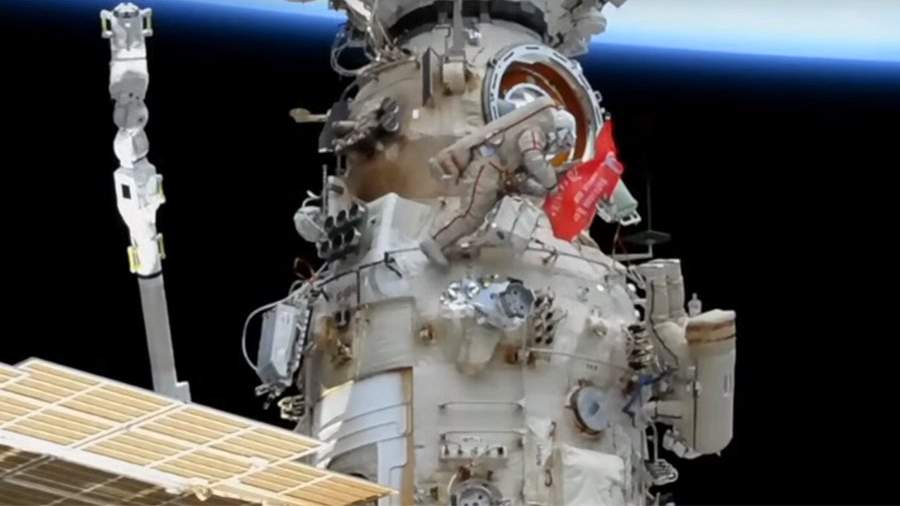 Russian cosmonauts unfurled a copy of the Banner of Victory in the Great Patriotic War in outer space. This became known on Friday, April 29, from a broadcast on the Roscosmos website.

It is noted that cosmonauts Oleg Artemiev and Denis Matveev unfurled the banner on the Nauka multifunctional laboratory module on the eve of Victory Day.

The day before it was reported that the first night training for the military parade on May 9 took place on Red Square in Moscow.

According to the Ministry of Defense of the Russian Federation, the number of foot columns will be more than 10,000 servicemen. Among them: 33 ceremonial crews, in particular, members of formations and military units of the Western Military District, students and cadets of military educational institutions, students of the Suvorov military and Nakhimov schools, members of the All-Russian movement “UNARMIA” and others.

The second night training session on Red Square will take place on May 4, the dress rehearsal on May 7.

Earlier, on April 5, the press secretary of the President of the Russian Federation said that the festive military parade in honor of Victory Day this year will take place, as always, on Red Square on May 9.

In Moscow on the evening of April 25, a walking training session was held for drivers and senior crews of a mechanized column of equipment, which on May 9 will take part in the parade on Red Square to commemorate the 77th anniversary of victory in the Great Patriotic War.

On April 18, the Ministry of Defense of the Russian Federation said that 11 thousand employees, 131 units of modern weapons and military equipment, 77 aircraft and helicopters will take part in the military parade in honor of Victory Day.

In 2022, Russia will celebrate the 77th anniversary of the Great Victory of the Red Army in the Great Patriotic War, which took place on May 9, 1945.