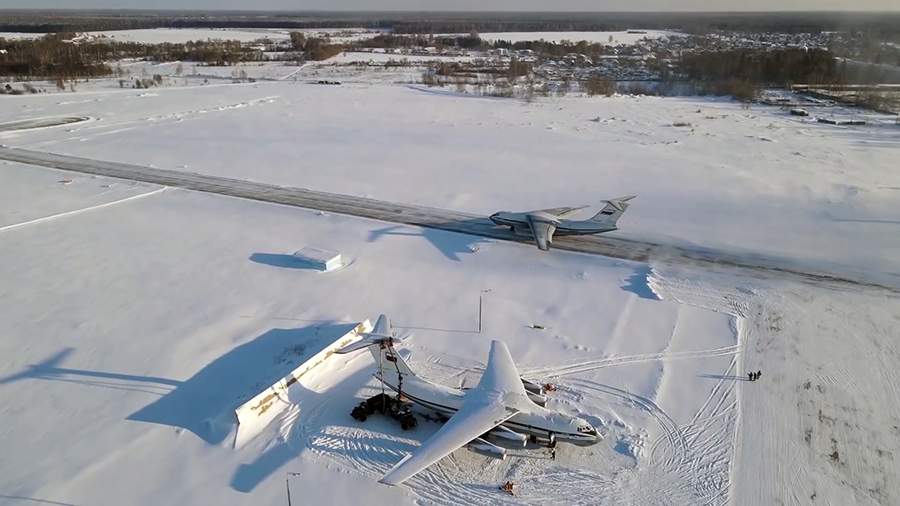 On January 9, the military transport aviation of the Russian Ministry of Defense will take out the country’s citizens from the airport in Alma-Ata. This was reported on the eve of the Russian Embassy in Kazakhstan.

It is specified that the flights will be operated in the directions Almaty-Ivanovo and Almaty-Orenburg, the time interval will be only an hour – from 17:00 to 18:00.

This decision was taken by the military department taking into account the suspension of regular passenger flights between the Republic of Kazakhstan and the Russian Federation through Alma-Ata.

The gathering of citizens at the airport terminal is scheduled for 14:00, the diplomatic mission added. At the same time, the Russians will need to get to the air harbor on their own.

“Do not forget your valid passports, as well as pack your personal belongings based on the strict restriction“ one passenger – one piece of hand luggage ”. Due to extraordinary circumstances, the services of loading baggage on board are not provided by the airport services, ”the message says.

The embassy clarified that the aircraft of the military transport aviation are not equipped to ensure the level of passenger comfort usual for civil aviation.

Earlier on Saturday, it was reported that a crisis headquarters had been set up for Russians wishing to leave Kazakhstan. The center, opened in Nur-Sultan, aims to help citizens who cannot leave the country.

Prior to that, on January 7, it was reported that a group of Russian tourists were stuck in the center of Almaty after waiting the entire night on the plane to seize the airport.

Daria Kolganova, whose sister did not manage to fly out of the city and witnessed the seizure of the airport, told REN TV that when people saw the rioters, they ran aboard and locked themselves inside, waiting for help. To prevent the looters from noticing them, the Russians covered the windows with pillows and blocked the hatches.

As the director of the Association of Tour Operators of Russia (ATOR) Maya Lomidze clarified afterwards, the stuck Russians flew to Kazakhstan on their own. There are no organized tourists from Russia through Russian tour operators in Kazakhstan, she added.

On January 2, protests began in Kazakhstan. Residents of cities, dissatisfied with the rise in the cost of liquefied gas, came to the rallies – the price of fuel rose from 60 tenge (10 rubles) to 120 tenge (20 rubles) per liter. The rallies soon escalated into riots.

The situation was especially aggravated in Alma-Ata: protesters broke into the administration building, set fire to the building of the prosecutor’s office and the office of the ruling party, the Almaty residence of the President of Kazakhstan was seized. In addition, radical protesters armed themselves and began looting, destroying shops, pharmacies and banks. City law enforcers reported an attempt at night to storm the police building.

It also became known about 18 security officials killed during the protests in the republic. Two of them were beheaded. In addition, the republic’s National Guard reported the death of two servicemen. The Ministry of Health of Kazakhstan said that the participants in the riots also attacked doctors, more than 10 doctors were injured.

The brutal actions of the attackers, as the Alma-Ata commandant’s office are convinced, testifies to the terrorist and extremist nature of the bandit formations.

On January 6, Armenian Prime Minister Nikol Pashinyan noted that in connection with the appeal of the President of Kazakhstan Kassym-Zhomart Tokayev and in view of the threat to national security and the sovereignty of the republic caused, among other things, by outside interference, the CSTO Collective Security Council decided to send collective peacekeeping forces to a limited time period in order to stabilize the situation in the country.