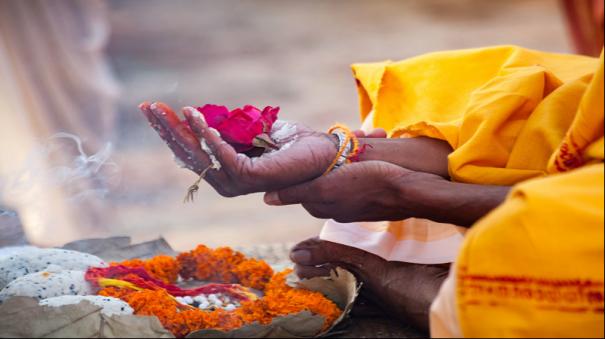 Varanasi: Kostiantyn Belyev is from Ukraine. For the past few years he was staying in Haridwar, Uttarakhand. Devoted to Hinduism, he dressed in saffron and lived as a sadhu. He changed his name to Kiruba Baba. He used to visit various monasteries and holy places in northern states and conduct pujas and rituals.

Meanwhile, Krupa Baba became friends with a young Russian girl who came to India as a tourist and blossomed into love. Both were staying at a guest house in Belupur, Narath Ghat area of ​​Varanasi, Uttar Pradesh.

On the 25th, the Russian girl moved out of the hostel. Only Krupa Baba was staying in the hostel room. On the 26th, the staff informed the police as the door of his room was not opened for a long time. When the police rushed and broke the door, it was revealed that Krupa Baba had hanged himself.

Varanasi police said. We spoke to Krupa Baba’s mother, who lives in Ukraine, over the phone. His mother said that Kripa Baba might have committed suicide in the wake of the tragedy, as several family members had been killed in the attack by the Russian army.

We interrogated a Russian woman staying at the guest house. There was no doubt about him. The Russian woman wanted to perform the last rites of Krupa Baba according to his Hindu beliefs. According to this, last 29th, in the presence of the Russian woman, a Hindu funeral was conducted at Harishchand Padiduara. The police said.