Russian governor of Belgorod: Two explosions in the region, no casualties 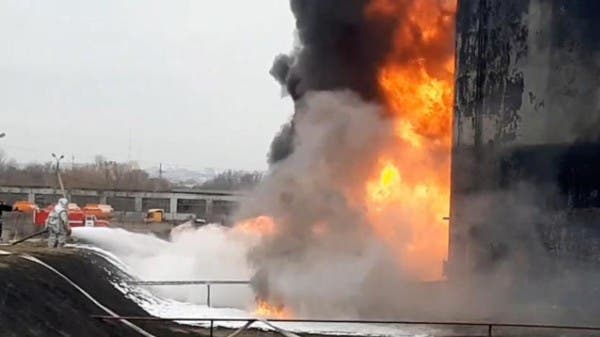 Vyacheslav Gladkov, the governor of Russia’s Belgorod region, reported in a post on social media, that two explosions occurred in the early hours of Monday morning in that region in southern Russia bordering Ukraine.

Gladkov said: “There were no injuries or damage,” according to what was reported by the Reuters news agency.

Other Russian regions bordering Ukraine have announced cross-border bombings since the start of the Russian military operation in Ukraine on February 24.

Gladkov said on Sunday that one person was injured in a fire that broke out at a facility of the Russian Defense Ministry in the region bordering Ukraine. He added that the victim is a resident of the area, and that his minor injuries do not pose a threat to his life.

So far, there has been no comment from the Russian Defense Ministry.

In a separate incident, Roman Starovit, the governor of the Kursk region, which also borders Ukraine, said a railway bridge on a line used by freight trains was damaged.

In a video clip posted on his Telegram channel on Sunday, Starovit described the incident as an act of vandalism.

Last month, Russia accused Ukraine of carrying out a helicopter attack on a fuel depot in Belgorod, but Kyiv denied responsibility for the attack.