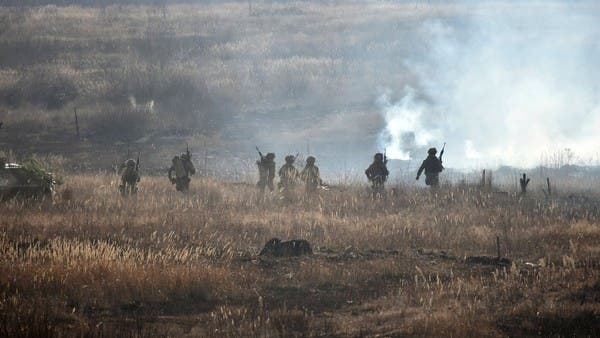 “The Americans paint a frightening picture of the masses of Russian tanks that will begin to crush Ukrainian cities, saying that they have “credible information” about Russian intentions of this kind,” he said in a statement, reported by Russian news agencies.

He also stressed that the United States is sending to its allies “completely false information about the concentration of forces on the territory of our country, with the aim of militarily invading Ukraine.”

the bell of danger

It is noteworthy that Western countries this month raised the alarm over reports of Russian military activity near Ukraine, while Washington expressed “real concern” about “extraordinary activity” in the region.

But the intelligence service pointed out that the United States “frightens” the international community through these accusations.

The Kremlin said earlier on Monday that the West was leading an “information campaign” in this regard aimed at “escalating tension.”

Kremlin spokesman Dmitry Peskov told reporters, “Any movement of Russian forces inside our territory does not pose a threat to anyone and should not arouse anyone’s concern.” He previously described Western accusations as “hysteria”.

“Escalation” of the conflict

It is noteworthy that Russian President Vladimir Putin accused the West last week of “escalating” the conflict with Ukraine by organizing military exercises in the Black Sea. He also pointed out that the United States sent bombers to fly near the Russian border.

The Ukrainian army has been locked in a conflict since 2014 against pro-Moscow separatists in two regions on Russia’s borders, after the latter annexed the Crimea peninsula. Kiev and its Western allies accuse Russia of sending troops and weapons across the border in support of the separatists, something Moscow denies.