Russian sappers demined the village of Kamenka in the Kharkiv region 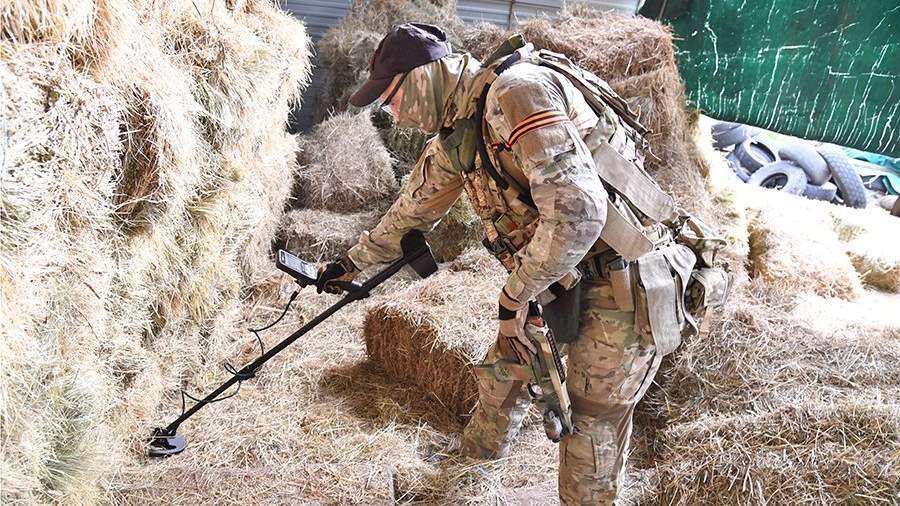 Russian sappers carried out engineering reconnaissance and clearing the area of ​​explosive objects in the area of ​​​​the village of Kamenka, Izyumsky district, Kharkiv region. This was reported by the Russian Ministry of Defense.

According to the military department, this measure became necessary, because before the retreat, the military personnel of the Armed Forces of Ukraine mined the streets and roads in the vicinity of the village of Kamenka.

According to the press service of the Defense Ministry, during the humanitarian demining, Russian sappers found artillery and tank shells, anti-personnel and anti-tank mines, including foreign-made ones.

“[Теперь] agricultural machinery can go into the fields without fear of being blown up at the “mine barrier,” the RF Ministry of Defense concluded.

On May 7, the Russian Ministry of Defense demonstrated footage of demining by sappers of the Armed Forces (AF) of the Russian Federation along the coast of the Kherson region. The Russian military are operating with the help of mine detectors. After detection, anti-tank mines are blown up.

The fact that a beach was mined near Kherson became known on May 5. The Ukrainian military, using a floating transporter, littered its territory with mines.

On May 6, Secretary of the General Council of the United Russia Party Andrey Turchak said that Russia had come to the Kherson region forever. He noted that the area “rich in historical heritage, rich in its people” will develop. In addition, it is important to resolve the issue of humanitarian aid and winterization so that the entire urban infrastructure, all utility systems function as a single mechanism.

On May 7, Kirill Stremousov, deputy chairman of the military-civilian administration of the Kherson region, noted that the Kherson region liberated by Russian military personnel would strive to become part of Russia.