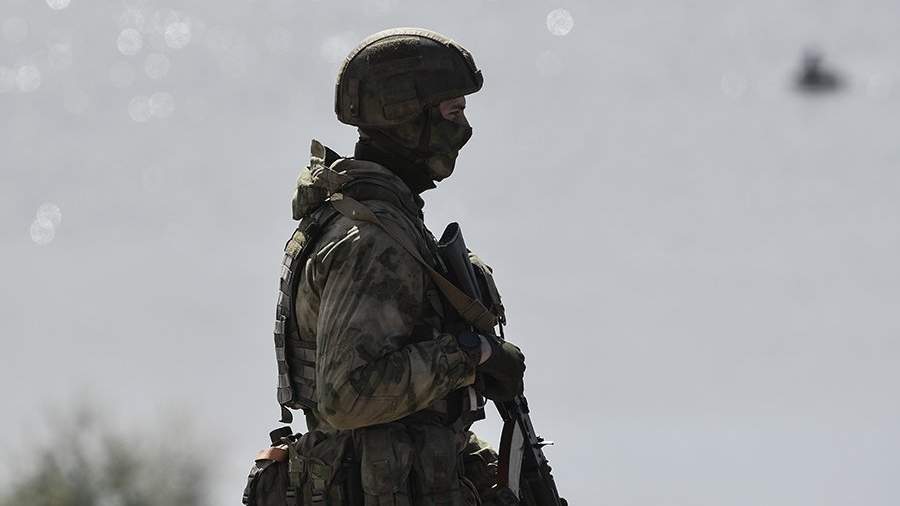 Not far from the city of Kherson, Russian security forces found a torture chamber, as well as a mined body of a man in the form of the Russian army. This was reported on May 3 by RIA Novosti with reference to law enforcement officers who carried out the raid.

“The mined body, presumably of a Russian serviceman, was found in the basement of the roadside cafe Stary Oak on the M-14 highway in Zelenovka. Remains of military uniforms of the Russian Armed Forces were found on the corpse. The body of a man without legs, with traces of torture and a slit larynx,” the security forces said.

The interlocutors of the agency also provided journalists with video recordings from the scene. They show that in the basement of the cafe next to the body lies an object, probably an anti-tank mine. The off-screen voice claims that there is TNT in the same place.

It is reported that syringes are scattered on the territory of the institution, as security officials assume, with drugs. In addition, the footage shows a large amount of plastic shipping closures for the American Javelin anti-tank systems that the United States supplies to Ukraine.

On April 22, the Investigative Committee of Russia opened a case against the leadership of a number of detention centers in Ukraine on the facts of torture and torture of Russian prisoners of war. According to the agency, persons serving in Ukrainian pre-trial detention centers, contrary to the requirements of the Convention on the Treatment of Prisoners of War, have repeatedly committed ill-treatment against Russian servicemen who were captured.

A day earlier, a Ukrainian soldier, lieutenant colonel, deputy commander for logistics, Sergei Zhukovsky, who had surrendered, told Izvestiya that bullying Russian prisoners was unacceptable. At the same time, he stressed that in Russia, Ukrainian prisoners are provided with normal living conditions – they are fed three times a day and kept in a warm room.

On April 6, Russian Foreign Ministry spokeswoman Maria Zakharova warned that all war criminals who committed war criminals against captured Russian soldiers would be found and brought to justice.